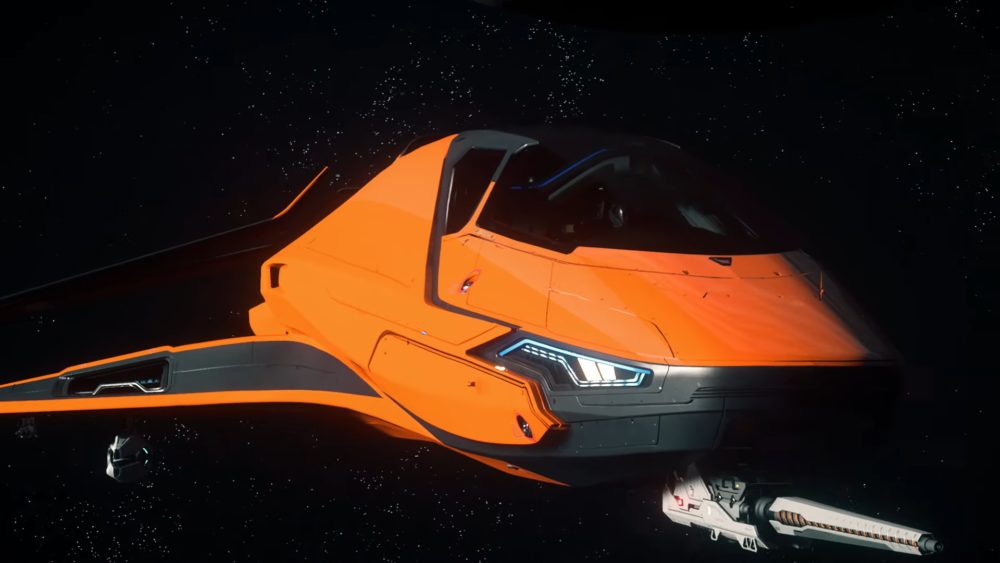 Cloud Imperium Games released another video about Star Citizen, showing a variety of upcoming elements in the game.

We get to take a look at the upcoming law system that is coming in update 3.6 (which should come at the end of June). More specifically, the video explains the black market and how possessing and trading illegal goods can affect your gameplay.

The second segment is about the Esperia Prowler, an upcoming dropship with alien origins that is currently being developed.

Lastly, we see what’s coming with the customization system, which will gradually add the ability to customize colors and interiors of your favorite ships.

In other Star Citizen news, the crowdfunding total has flown past another million, and it’s not beyond 227 million dollars. To be precise, it’s now sitting on $227,213,872, while the game now counts 2,334,532 registered accounts.

You can also check out a recent video showcasing the upcoming and massive Origin 890 Jump, and another focusing on the Origin 300 series and more.

Do keep in mind, for the sake of full disclosure, that the author of this article is among the backers of the game since the original Kickstarter campaign a long time ago.