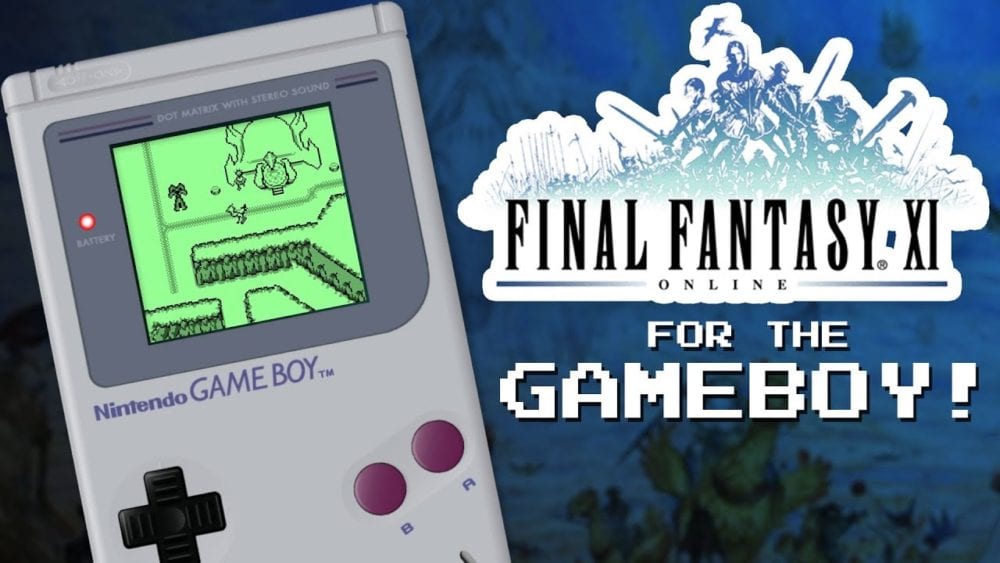 One of the last things I ever thought I’d see today when I woke up is Final Fantasy XI running on a GameBoy. Yet, Final Fantasy XI Adventure absolutely a real thing that exists, and you can play it right now if you wanted to.

And yes, we’re talking about that Final Fantasy, you know, the MMORPG that has largely given up the spotlight to its younger brother Final Fantasy XIV but is still chugging along to its own beat.

Now obviously, this is not an 8-bit MMORPG that you can play on GameBoy. So don’t go crazy trying to dig out that old GameBoy Color just yet.

Instead, it’s an unofficial fan demake created by kazy called Final Fantasy XI Adventure which plays more like a visual novel with some light combat scenarios.

What it does have is 30 areas and over 20 songs from FFXI that have been lovingly re-created in an 8-bit style that is guaranteed to pull at the heart strings of any Final Fantasy XI fan past or present.

You’ll be exploring these demade zones and completing a storyline which will run you through the ranks 1-6 missions of the original nation storylines taking place in Bastok, Windurst, and San’Doria.

The game was made using GBStudio, and as far as I can see is only playable in your browser. That said someone did actually create a working cart of Final Fantasy XI Adventure and filmed them starting it up and playing a few minutes of it which for me, as a day 1 NA player that is still subscribed to the game, is just mind-blowing.

The game has been a work in progress for a while now, but was just fully released the other day. You can check it out via the videos below if you just want to see it in action, and click here if you want to give it a go yourself.