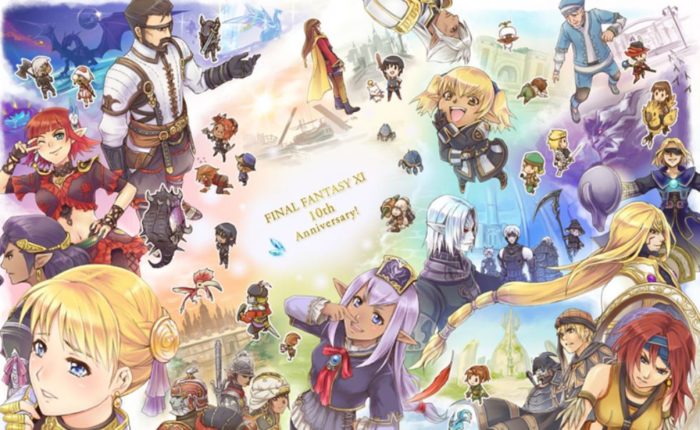 So many people love the Final Fantasy series —that much is obvious. But not everyone embraced the two MMORPGs. In fact, a lot of non-fans are still miffed that Final Fantasy XI and Final Fantasy XIV are numbered entries. The truth, though, is that while I understand not everyone appreciates MMORPG, both FFXI and FFXIV feature some the best musical tracks across the entire Final Fantasy franchise. And for the most part, much of their respective scores have gone woefully underappreciated.

Everyone knows One Winged Angel from Final Fantasy VII, but how many people have heard Belief or Night in the Brume? If you skipped out on the MMORPGs, you’ve likely never experienced some of the best songs in the Final Fantasy series, which yes, includes tracks from the famed Nobuo Uematsu.

We’re big fans of both FFXI and FFXIV here at Twinfinite, so allow us to present to you a curated list of what we feel are some of the best musical tracks of both games. I played FFXI for over a decade, experienced every era of the game, and still have an active subscription, so I feel pretty confident about the FFXI tracks. My more musically inclined co-worker, reviews editor Zhiqing Wan, will talk about some of her favorite FFXIV songs.

The obvious choices when starting a list of the best music from Final Fantasy XI, especially when it comes to field music is either Ronfaure or The Sanctuary of Zi-Tah. It’s for good reason, they are incredible pieces. However, if you’ve heard any FFXI music ever, it’s probably been one of those two. Tavnazian Archipelago, or better known as the music for Lufaise Meadows and Misareaux Coast, is a little less known, but still so good.

For old-school FFXI players, this tune probably triggers lots of fond memories (or nightmares). Because, not only does it complement a set of two beautiful zones complete with flowery fields, mighty waterfalls, and road-like streams, it’s also the song you hear when you finally complete the last of the early Promyvion missions in the expansion Chains of Promathia. These missions were capped at level 30, and required at least a full party, if not a team of parties, traversing through dangerous dungeons filled with high-level enemies with a challenging boss at the end. There are likely lots of players who played during this era and never completed them. If you did, you were rewarded with this relaxing song; a respite from the hell you had to endure to get there.

Anyone who played during the Treasures of Aht Urghan expansion era of Final Fantasy XI knows this one. Bustle of the Capital is the theme song for the city, and empire, of Aht Urghan. This was the primary hub for players for a long stretch of years that spanned two expansions.

Whether it was waiting for a party invite, relaxing after camping Cerberus for hours, or getting together with your Assault/Salvage team, it was pretty much impossible not to have spent hours, upon hours listening to this song if you played during this era of FFXI. While at the time, it probably became just noise after a while for a lot of people, listening to it again, all the years later, those bongos bring back some great memories.

You really could go with any of the final boss tracks from Final Fantasy XI in an article like this. Final Fantasy XV fans might be familiar with A Realm of Emptiness, which was featured in the FFXV soundtrack if you bought it for the Regalia, and was the song that played while battling Promathia from the Chains of Promathia expansion. If you played Theatrhythm Final Fantasy, you probably have heard Ragnarok, the theme for the Alexander fight in Treasures of Aht Urghan. Belief, the final boss music for Rise of the Zilart, is a little less renown, but still excellent in its own right.

Unlike the later final boss battle tracks which took a more classic Final Fantasy approach of building up to a crescendo, and being these more complex sounding songs that seem to evolve over boss phases, Belief jumps right in. Right at the beginning, you can feel the sense of dread, panic, and urgency of your fight with Eald’narche, as he is oh so close to opening the Gates of Paradise and ending Vana’diel as we know it.

Even longtime FFXI fans might have missed this one as completing Rise of the Zilart isn’t required to access anything major content wise at the time it was released. Once you completed unlocked Tu’Lia (aka Sky) defeated the Arch Angels (the penultimate boss of RotZ which also had sweet boss music by the way), and claimed your powerful prize earring, the only incentive to beating Eald’narche was just to do it because you wanted to finish the story. The lack of incentive was rectified later on.

We had to have a least one sappy track in here right? One Last Time isn’t used for anything specific or tied to any expansion. It’s basically just the generic song that plays during an emotional moment. Still, it’s a powerful and sentimental track that lots of Final Fantasy XI probably forgot about, but as soon as you hear it, you’re immediately taken right back to all of the most touching moments in all of FFXI.

Yes, the obvious pick would have been Vana’diel March, if we wanted to pick the most iconic opening theme out of all the Final Fantasy XI expansions. While Vana’diel March was the first and is memorable for that reason, Wings of the Goddess was the last opening track for lots of players. The Wings of the Goddess-era of Final Fantasy XI was the last stop for many FFXI fans. It was around this time that the player count began to drop off, and the MMORPG began its slow trek out of its prime. This might be the last song that lots of old-school players remember hearing.

Like lots of songs, the Wings of the Goddess track might have just become noise after a while, since you would hear it every time the game loaded up. Especially true if you actually never bothered to finish the Wings of the Goddess storyline. You couldn’t be blamed if that applies to you. Square Enix did a terrible job teasing it out over an excruciatingly long period of time, which is what led to lots of people finally getting fed up and quitting once for good. However, if you stuck with it, you were treated to what was arguably the best storyline in all of Final Fantasy XI, and this track would kick in and punctuate the most emotional moments of that saga which featured the iconic Lilisette.

If Ul’Dah’s day theme was a little too epic for what’s meant to just be a wandering city track, the night variant does a much better job of capturing the city’s nocturnal charm. Titled Sultana Dreaming, this track feels like a gentle reference to Nanamo herself and her responsibility to the citizens.

Sultana Dreaming plays around with a rhythmic xylophone beat that makes it feel nostalgic and calming – perfect for when you just want to chill at the tavern and watch people engage in some quality role-play on Balmung.

Both day and night themes for Ishgard are absolutely fantastic, but Night in the Brume captivated me in a way that the day theme couldn’t come close to doing. Starting off as a lovely, wistful piano piece, Night in the Brume slowly reveals itself to be a much more complex piece as the organs kick in. In many ways, it’s a fitting musical representation of what Ishgard is: a grand, medieval kingdom that’s just a shadow of its past, glorious self.

This track remains relevant throughout the Heavensward storyline, too, as it underscores the emotional weight of everything that’s going on in the narrative.

It was hard to choose between this and Knights of the Round (Thordan’s trial music) for best boss music in Heavensward, but ultimately we had to give the edge to Nidhogg. Not only is the fight itself incredible (and very challenging), the music itself is presented in phases.

Starting off with Heavensward’s main theme, Dragonsong, it really dawns on the player that this is the moment we’ll finally get to bring an end to the Dragonsong War itself. When the fight finally begins proper, we’re treated to this kickass orchestral, boss fight-style rendition of Imagination that’s certainly fitting for a confrontation as important as this one. It’s a very inspiring, soaring theme that might very well be the best trial music in Final Fantasy XIV at the moment.

Now, I don’t want to knock the dungeon boss themes we’ve gotten in A Realm Reborn and Heavensward because those were definitely decent, but Triumph just blows those completely out of the water.

The track wastes no time in getting that hype meter up with intense, fast-paced percussion and a rhythm that just gets your blood boiling. The operatic vocals play up the ferocity of the situation even more, and just the sheer incorporation of the unbelievably catchy and epic Storm of Blood motif makes this track one of the very best in Final Fantasy XIV right now.

Whereas Heavensward took us to a western, medieval setting, the Stormblood expansion visits the opposite end of the spectrum and presents a far-east inspired continent instead. Doma is heavily inspired by Asian and Japanese culture, and Kugane is a lovely encapsulation of the ideas and themes presented in the story.

Crimson Sunrise serves as the night theme of Kugane, and it makes use of traditional instruments to really hammer home that vibe the game is going for. Similar to Triumph, it uses the Storm of Blood motif as its core, and it works. This is a perfect theme for warm summer nights and the melancholic wistfulness of Doma’s heroes.