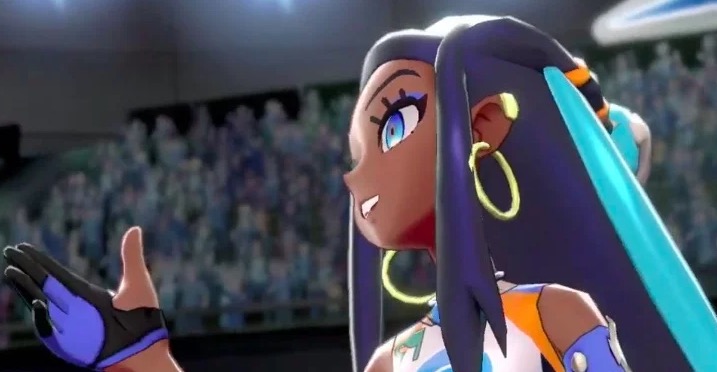 Pokemon Sword and Pokemon Shield are making tons of changes to the mainline series of Pokemon, like the addition of open areas, raid battles, and a bicycle that you can use across the water, but gyms are going back to the more traditional style that was removed from Sun and Moon, and whether or not that’s an improvement is debatable.

During my hands-on time with the game at Nintendo’s booth at E3 2019, I was able to head into the Water-themed gym that is host to the Water-type gym leader, Nessa.

I talked a bit about my fantastic gym battle with her in my previous preview last week, but I didn’t go into much detail about the actual gym itself, such as its layout and light puzzle solving that is usually in every single Pokemon game.

After reflecting a bit more, I found myself to be left quite disappointed with the simplicity of the gym itself.

For the first new mainline console game in the series, I was expecting at least some changes in how Game Freak approaches gyms. After all, there were dramatic changes last gen with Sun and Moon’s Island Trials, completely removing gym leaders from the Alola region. But for Sword and Shield, Game Freak is going back to their roots. 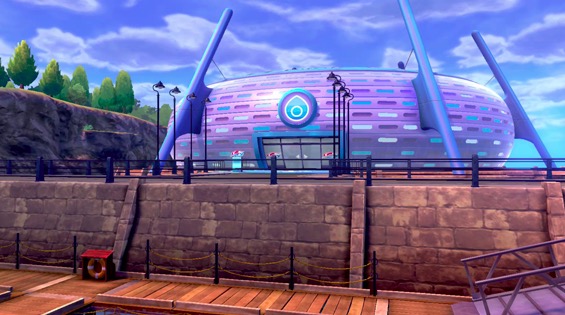 Per usual, there is an older fellow standing at the front entrance of the gym to remind you what type of Pokemon that Nessa uses so that players can prepare themselves for the battle.

I guess having a huge blue drop of water on the front of the gym arena didn’t provide enough info, but I understand that new players have to learn the match-typings, but it’s the same thing that veterans have seen before.

Sections of the gym are blocked off by color-coded waterfalls that have to be shut off by pressing switches and levers scattered around the gym.

The red switch will shut off/turn on the red-colored waterfalls, the blue one will do the same for the blue waterfalls, and the other colors do the same thing for their respective colors–you get the idea, it’s super basic and very easy to figure out.

There are also four to five other trainers around the gym as well that will stop you in your tracks and if I remember correctly, they all have one single Pokemon to defeat. I was given a full roster of six Pokemon in my team, so they didn’t prove to be any problem for me.

Once you figure out the elementary “puzzle,” you can then fight Nessa and eventually Dynamax one of your Pokemon for three turns and have an insane battle that turns into a Godzilla vs. King Kong cage match of sorts.

Sure Dynamax switches things up but I was really disappointed to see Game Freak literally make no changes to the gym layout itself or the difficulty.

It didn’t need to be a retread of the Island Trials, especially since we’re not in Alola anymore, but something that was an evolution of those ideas would have been welcomed.

Sun and Moon gave players a variety of missions and tasks to complete that shook things up. I liked being tasked to capture Pokemon, explore areas for clues, and partake in mini-games and memorization sequences. With every new trial, came new challenges that surprised me and made me feel like Pokemon was doing something different for once.

Sword and Shield could’ve brought these back and introduced new missions like partaking in a bicycle race with other players, defeating a Pokemon by only using physical attacks or something else along those lines. If Pokemon isn’t ever going to be difficult, it could at least be creative!

I’m that Pokemon fan that always wants big changes every generation, but it looks like Game Freak isn’t willing to mix up the formula for Pokemon Sword and Shield. In fact, it looks like it’s retreading backwards.

For those that enjoy the familiar gameplay style generation after generation, then you’ll be happy to know that gyms are pretty much the same as they’ve ever been. But for those that were hoping for massive changes, you probably shouldn’t expect too much from Pokemon Sword and Shield.

If you want to check out some of our other E3 2019 previews, then look no further than right here: