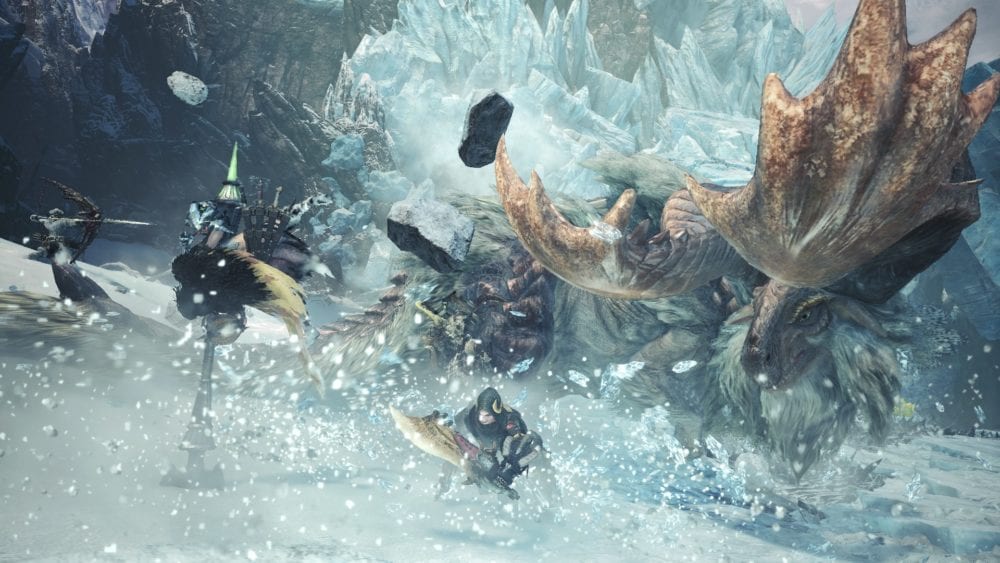 I’m not going to lie: as someone who considers himself to be a huge Monster Hunter fan-boy, I’ve fallen off the Monster Hunter: World train in the past year or so. I would jump in periodically to hunt down a Rathalos or two, but other AAA games came and went, pulling me away from the massive action-RPG. But after some hands-on time with the upcoming Iceborne expansion during E3 2019, I’m so ready to get back into the grind and fight my way to the top.

I was able to play about 40 minutes of Monster Hunter: World’s newest expansion and check out all of the new features that are coming to the game, and boy let me tell you: there are some neat changes and additions that make it worth picking up if you’re a fan of the series.

Iceborne is impressive in the way that it fundamentally changes the gameplay aspects of World, for better and definitely not worse. I walked away feeling as though the extent of these changes definitely justified its $40 price point.

During my E3 demo over at Capcom’s beautifully put-together frost-themed booth, I was able to go on two monster hunts with three other people. We were able to choose whatever weapon we wanted and had access to several different equipment options.

There aren’t any new weapon-types in the Iceborne expansion, but there are new monsters, such as the Banbaro, a horned brute wyvern that is completely new to the series. The Tigrex also makes its way into Iceborne after not being seen since Monster Hunter Generations Ultimate.

Anyways, I chose to go with my trusty Great Sword and was thrust into the brand-new area in the game, Hoarfrost Reach, which is apparently bigger than any previous map in the game. Of course, due to the name of the expansion, Hoarfrost is covered in ice, snow, and is visually impressive.

After just a few minutes of wandering around the new area looking for the Banabaro with my squad, I was taken aback by just how beautiful the new climate is. Tall trees are covered in falling snow, the land is covered in deep snow, and the new rideable monsters really help to bring the new area alive.

A new addition that comes with Iceborne is the ability to ride on specific creatures that’ll help you traverse the land a bit quicker. You’ll find them wandering around, minding their own business, and you can just go up to them and get on their back like your own personal pet.

Since the area is so large, these rideable monsters can prove useful when you’re searching around for one of the monsters that inhabit the area. I wasn’t able to find one of these creatures myself, but one of my teammates quickly passed by me riding what looks like a snow-covered ferret –it was huge!

The other big change that Capcom is bringing into Monster Hunter with this expansion is the new Clutch Claw option for your slinger. This claw is new to the series and allows you to grab onto different parts of the monster to do major damage while also “softening up” their body. 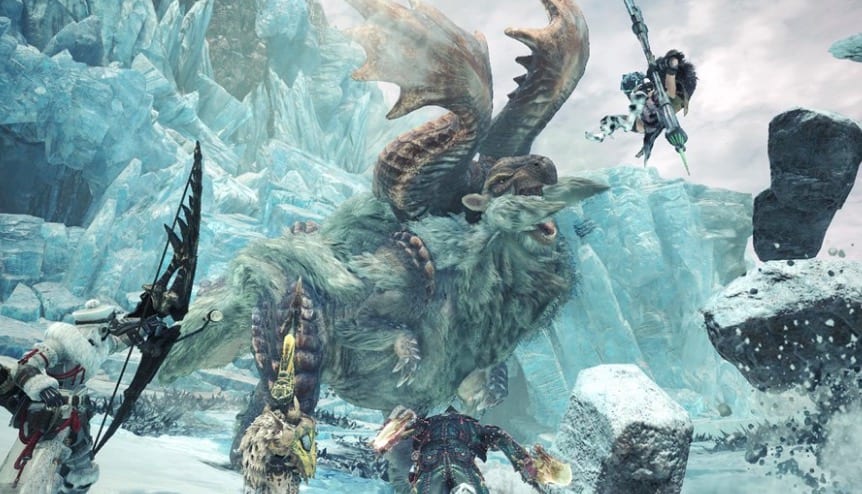 Once my party came toe to toe with the Banabaro, I had to try it out to see just how it worked and it’s extremely fun to try out, and it just looks cool. You can lock on to the monsters legs, tails, head, arms, and any other major part of their body.

If you manage to do major damage to that part, it will get softened up like I just mentioned and if people begin to hit that part, the monster will take even more damage because the part has essentially become sore and compromised.

What’s really awesome is that the Clutch Claw can be used with any weapon, so I was able to even use it with my Great Sword, and better yet, I didn’t have to sheathe my weapon to use it, allowing me to pull myself onto the monsters without much preparation or thought.

Once I got the hang of locking on to the monster, I was constantly using the claw to soften up all of the monster’s legs and tail so we could then cut it off to reap the rewards.

Being the Monster Hunter pro that I am, I led my team to victory against the new monster but we actually ended failing the second hunt, which has us fighting the ever-powerful Tigrex. It wasn’t my fault –you can blame it on my careless teammates who weren’t sure what they were doing, but it was great fun regardless.

One thing to mention though is that the new area and quests that come with Iceborne will not be able to be accessed unless you complete the main story in the base game, which means you’ll have to get to Hunter Rank 16, which can take some time.

But if you have completed the main game and are looking for more monsters to fight and new quests to take on, I recommend picking this up when it drops on Sep 6.

The new Clutch Claw item, the beautifully Hoarfrost Reach, and the new monsters make this feel like a totally different experience that elevates Monster Hunter to a point of greatness. World already featured tons of improvements to the series in general, but these changes give the game even more gameplay variety that is worth getting back into MHW.

I did fall off the MH train for a little bit, but you can count me in for this expansion.

For more on Monster Hunter World: Iceborne, you can check out the latest trailer right here that shows off the new area. You can also read our original review for the base game right here if you’re interested to see why this game is so good.