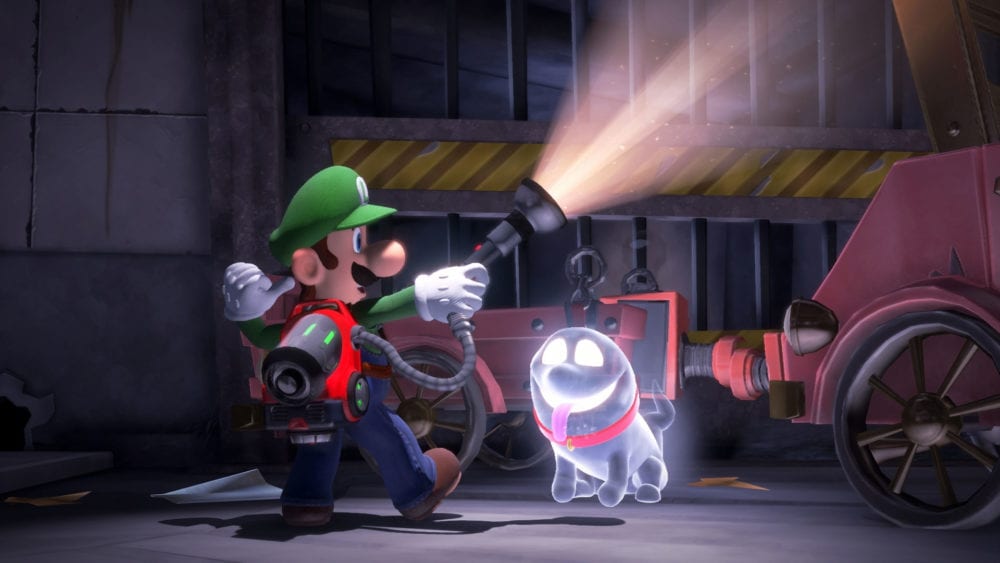 Going into Luigi’s Mansion 3, I was a bit skeptical mostly because of the developer behind the title, Next Level Games. You see, their track record isn’t the worst, but it also isn’t the best as they are the ones who brought the lackluster Metroid Prime Federation Force into existence.

But after playing about 15 minutes of Luigi’s Mansion 3, I now have hope that these guys are taking care of my man Luigi and bringing him back to his roots that started out back on the GameCube days.

You see, Next Level Games took over Luigi’s Mansion once the sequel was in the works for the 3DS, and while Dark Moon was a solid ghost-hunting experience, I had several issues with the title.

The ghosts weren’t scary at all, with them acting more like silly minions from Despicable Me or something and they just lacked variety and were instead different colors. And instead of the mansion being one big open space to explore, Dark Moon used a mission-based structure that didn’t sit well with me.

The whole point of Luigi’s Mansion is backtracking and using items to open previously blocked off areas and uncovering the mansions secrets room by room.

Thankfully, Luigi’s Mansion 3 gets rid of that mission-based stricture and has a ton of cool ghosts and puzzles, and also adds in Gooigi, a wonderful addition to the series that opens up a wide range of puzzle-solving mechanics.

With a press of a button, Gooigi pops out of Luigi’s body and is a sort of ectoplasmic version of Luigi that can do tons of stuff that Luigi can’t. Gooigi can go through spikes, certain locked doors, and slip through tight spaces.

You can also move both of them around to solve puzzles like using Gooigi to blow air onto a pinwheel that allows Luigi to come down on a moving platform. Another player could also control Gooigi using a second controller to join in on the fun.

I didn’t get to use him too much during the demo that I played at E3, but it seems like he will be playing a big part in the adventure through the haunted hotel and that’s something I’m really excited about.

There are some new attacks that Luigi can use too that helps him get rid of the ghostly inhabitants, powers that we’ve never seen him use before thanks to the tech behind his new vacuum cleaner, the Poltergust G-00. 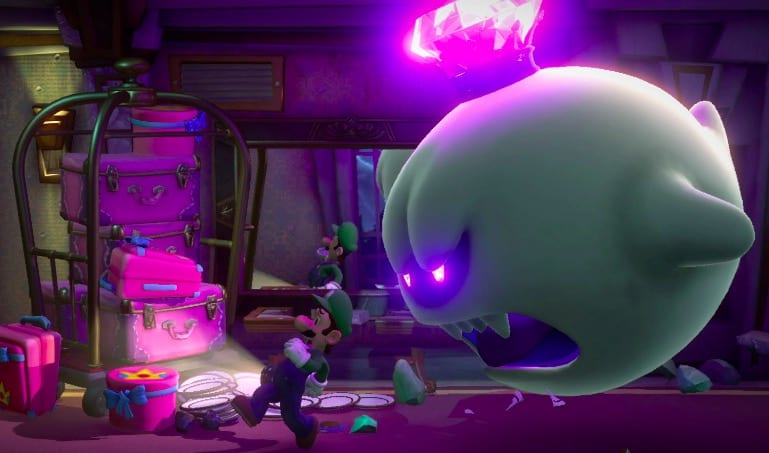 My new favorite ability is Luigi’s Slam attack that lets him suck ghosts and then proceed to slam them around like the Hulk throws around his enemies. It’s really easy to use and is extremely satisfying from the get-go.

You can slam ghosts into other ghosts and also break objects by smashing ghosts into boxes and such to reap rewards quickly, like the cash and jewels that litter the map.

He can also use a suction shot that lets him shoot out a plunger out of his vacuum and then suck on the plunger to break objects and pull shields away from ghosts. You can interact with a lot of objects with this ability and it seems that some puzzles and bosses will play around with this mechanic.

I fought several ghosts that were holding shields to protect themselves from Luigi’s flashlight but once I plopped the plunger onto their shield and pulled it right off their hands, they were left completely open for my strobe light and then I proceeded to suck it up into my vacuum.

And the last new ability is a simple Burst move that lets Luigi push away ghosts by doing this little hop that sort of blows them away from him. This is good if you feel like you’re surrounded and you need some space for a quick second to gather yourself.

I was surprised to see all of these new abilities coming into play for Luigi’s Mansion 3 as I thought this would be more in line with Dark Moon on the 3DS, but these new attacks combined with the open-endedness of the huge multi-leveled hotel, and the inclusion of Gooigi makes this title worthy of the number three.

One last thing I wanted to bring up were all of the little details that are in every room of the hotel. Each section of the looming tower is themed, and you’ll be exploring movie sets, medieval-themed areas, and rooms full of greenery and plants.

Each room is meticulously designed with tons of objects to interact with and from just playing the game for a short amount of time, I could definitely see the love that was put into this game by Next Level.

The problems that I had with Dark Moon on the 3DS seem to have been remedied by the developer with this massive sequel and I have high hopes that Luigi’s Mansion 3 will be one of those Switch games that comes out of nowhere and surprises newcomers and veterans alike.

Luigi’s Mansion 3 will be coming out sometime in late 2019. For more E3 coverage and hands-on impressions, make sure to search Twinfinite. We have several gameplay impressions from the show floor that you can check out down below: