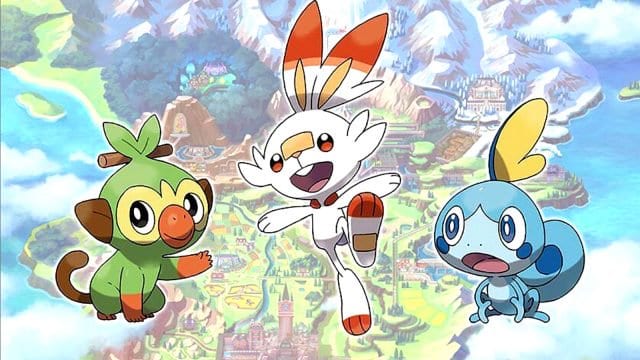 We’re a few years separated from Ultra Sun and Ultra Moon, and to no one’s surprise, we now have visual confirmation of the next “core” Pokemon games, Sword and Shield.

Most had assumed that the tried and true formula would probably transition over to the Switch, but we can all feel even more confident that this will indeed be the case. At a glance at least, based on the trailer we saw the other day, it looks like we’re getting something akin to what we’ve seen on the 3DS for years now, just a lot prettier of course.

Which honestly is fine, I doubt most people expect something radically different. There’s no evidence that would lead anyone to believe that Game Freak would be interested in shaking up the Pokemon formula drastically any time in the near future, other than what they did with Let’s Go Pikachu and Eevee.

What I am pulling for hard though, and I don’t think I’m alone as far as older Pokemon fans go, is that Game Freak make Sword and Shield a more challenging experience than the last few generations.

The Pokemon games have become way too easy. Yes, they were never hard, but with the change to EXP share back during X & Y, they have become walks in the park and it’s starting to get dull.

Let’s Go is low point of the series as far as difficulty goes. It was a lovely trip down memory lane, but for anyone looking for a challenge, it was a mind-numbing experience. You barely need to think about what you’re doing at any point during the game.

I wrote an article about how to make the game artificially more challenging to veterans like myself. Having played through the original games many times at this point, imposing these fake restrictions was the only way I could extract any interest from Pikachu & Eevee.

That said, I do think Let’s Go has possibly opened the door for the core games, like Sword and Shield, to be a little more challenging again.

I’m not suggesting Dark Souls-level difficulty, or even anything that rivals some of the brutally hard fan-games that exist (although I would love that). All I’m asking for is that AI-trainers, especially the gym leaders, actually try to beat the player.

Make us grind a little, especially if EXP share isn’t going to revert back to its old form. I’m fine with it in its current form, but then up the levels on the gym leaders to make up for the fact that players are going to be coming in hot with six fully trained up Pokemon.

Make the Sword & Shield Gym leader AI tough and smart enough, at least to the point where I might need to swap out a Pokemon for another that’s better suited.

I realize that Pokemon is for all ages, and it doesn’t behoove Game Freak to box out children by making it too difficult for them. That said, Red and Blue was a lot tougher, and I pumped 200+ hours into my Blue cart as a second grader, so even something on par with that wouldn’t be too prohibiting.

I’m just saying, there’s probably a happy medium ground between the picnic that was Sun & Moon and whatever Game Freak considers to be the toughest game in the series. If Let’s Go is going to be a reoccurring franchise for Pokemon that’s catered to casual players, that sounds great.

If that same difficulty oozes into the core games, and Sword and Shield is a snoozefest like Let’s Go was, it’s something that could turn into a major problem for the series.