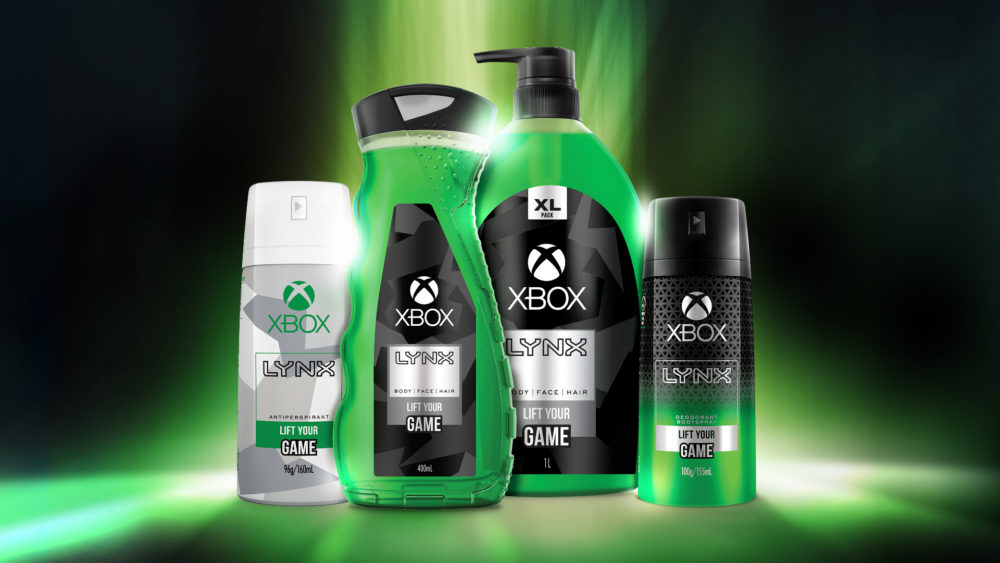 Microsoft gets the Xbox name on every Mountain Dew can and Doritos they possibly can. Now they’re dipping their hands into the lemon-scented vats of the personal grooming industry.

According to GameSpot, Microsoft has collaborated with Lynx, the name for Axe products outside the U.S., to concoct a new body fragrance line called Lynx Xbox.

The idea of Xbox-themed body care products may get you thinking that one lather or spray will make you smell like a sweaty 2000s college dorm, where the first Xbox console and Halo reigned supreme. Thankfully, the official product description notes anything but.

Tania Chee, the business group lead for Xbox Australia/New Zealand (ANZ), said in a statement that the Lynx Xbox line was inspired by the achievements of Xbox fans, so now they can walk out of the house as fresh as a new Halo game disc.

“We see Xbox fans achieve incredible things every day, and we wanted to celebrate that elevated skill, passion and determination by creating something truly special,” Chee said. “Now, powering up can be as simple as a quick spray before you head out the door.”

The Lynx Xbox body care line will be available in grocery stores in Australia and New Zealand in July. At this time, there’s no word on when it’ll be released in countries — or if it’ll come to the U.S. under the Axe name, for that matter. It would’ve made a great Father’s Day gift if it came out this month.