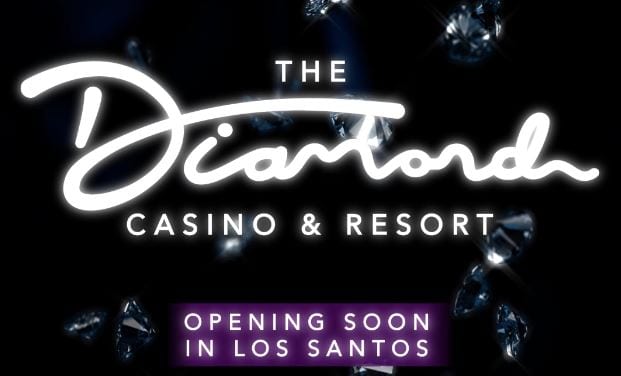 After being a tease for some time now, the long awaited casino for GTA Online is finally almost here, and there’s a release window of when to expect it, although not quite yet a release date yet.

According to Rockstar, the new Diamond Casino & Resort will be released sometime this summer for GTA Online. Considering tomorrow is the first day of summer, taken literally that could mean as soon as tomorrow, or as late as September. Given the timing of the announcement though, the safe bet is somewhere in the middle of those two extremes.

Described as a luxury mass entertainment complex, here’s what fans looking forward to the opening of the Diamond Casino & Resort can expect: “lavish amenities, exclusive shopping, first-class entertainment and state-of-the-art gaming facilities,” along with “best-in-class concierge, valet parking, the exhilaration of spinning the Lucky Wheel for a chance at life-changing prizes, a finely curated selection of spirits at the bars and lounges, a range of sophisticated table games and much more.”

Outside of these details provided by Rockstar though, how the Diamond Casino & Resort will work exactly is still up in the air. More information will likely arrive in the coming weeks.

That’s not the only major update planned by Rockstar this summer. If Red Dead Online is more your speed, there’s a big update planned for that too will add roles and archetypes designed to allow players to fine-tune their experience which looks promising as well.