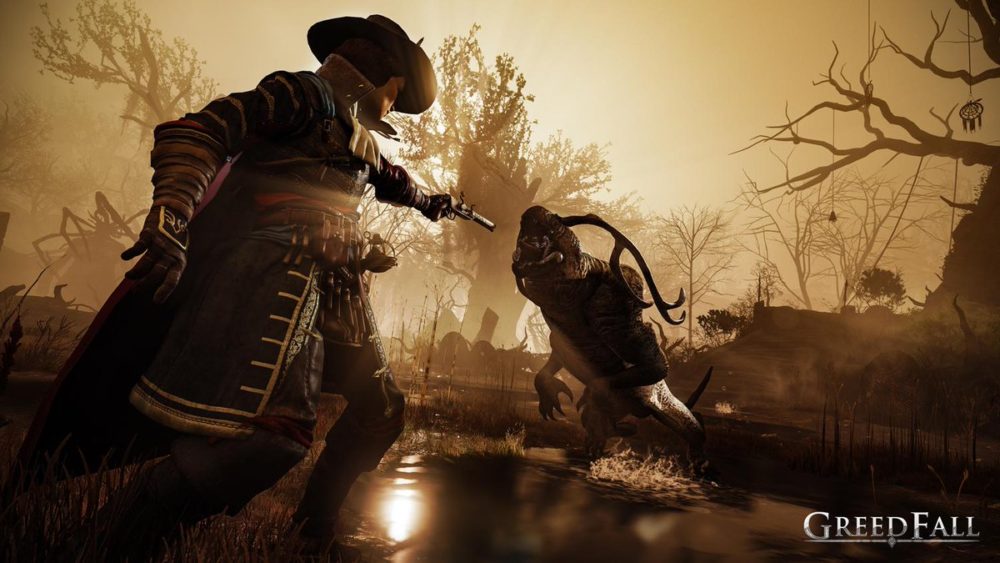 Focus Home Interactive and Spiders have unveiled the E3 2019 trailer for Greedfall, putting the title’s story and characters front and center.

Released on June 6, the trailer gives an overview of the open world RPG’s premise and cast, explaining the main character’s motivations and relationships to the setting and other characters.

Set in the 17th century, the game follows a young lord who embarks on a quest to cure his land’s people of a mysterious illness. His journey takes him to a remote island home to mythical creatures and, as legends tell, inexplicable miracles.

Once there though, he and his men encounter a tribe who live peacefully with and worship the island’s spirits and creatures. They see the lord and his men as invaders, and seek to force them to leave as soon as possible.

From here, tensions quickly rise, forcing the young lord to decide whether to take up arms against these people to save his land or dig deeper to discover the true reason his kingdom was drawn to the island.

The premise and characters each drip with fantasy inspirations, and that’s to say nothing of the game’s aesthetic. Fans of Dragon Age in particular will notice character and monster designs that would be right at home in the series.

Those interested can watch the full trailer for themselves below.

First announced in 2017, Greedfall drew interest from press and fans alike for its Baroque fantasy setting and more grounded spin on exploration and colonization elements.

We were no exception, placing the game on our list of the top open world games to look forward to in 2019.Those interested can view the list here.

Fortunately, players don’t have much longer until they can get their hands on Greedfall with the game set to launch in September for PlayStation 4, Xbox One and PC.