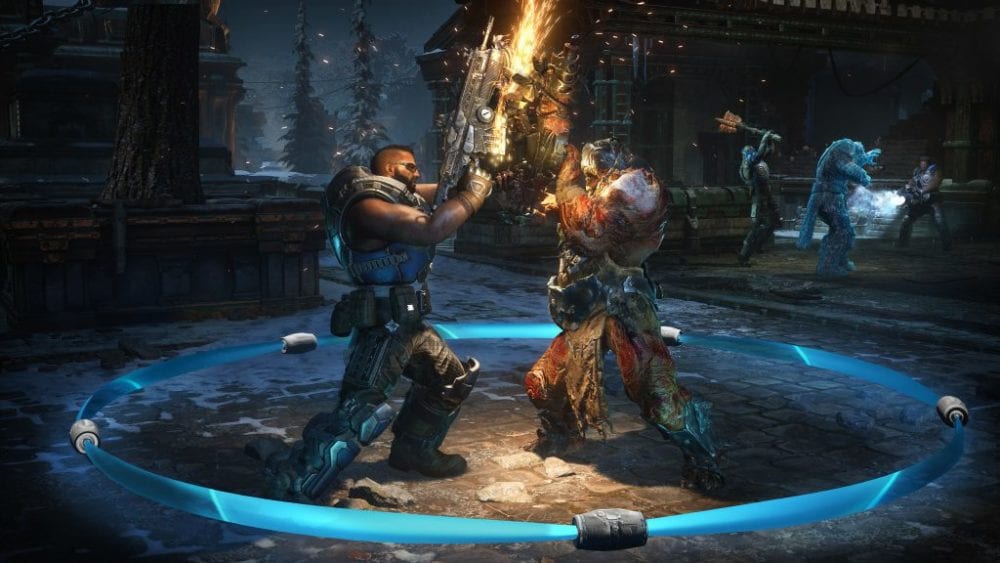 Gears 5 developer The Coalition announced that the upcoming Gears of War title will not contain loot boxes or come with a season pass.

In a blog post, the studio said it will be handling how players earn in-game content differently than previous titles. The game will not have a season pass, DLC maps will be free for matchmaking and private matches, and there will no Gear Packs.

Gear Packs were first introduced in Gears of War 4, and were loot boxes that contained random weapon skins, characters skins, and ability cards for the cooperative Horde mode. The packs were either bought with in-game or real word currency, and the game was criticized for its over-reliance on this system to gain new content.

Instead, Gears 5 will have a “Tour of Duty” system that is similar to Fortnite: Battle Royale’s Battle Pass and other games with seasons of exclusive content.

“You take on Daily Challenges and seasonal Medals to rank up and earn customization content (including character skins),” The Coalition said. “The path to each piece of content earnable is clear – you will know what you need to do to earn each specific customization item. In addition, there is no ‘Premium’ pay-only content for Tour Of Duty.”

Players can also earn a “Supply Drop” that randomly drops a free item after playing any multiplayer mode for a certain amount of time. Duplicate items will be turned to Scrap, which can be spent on other Supply items “or character skills you want to upgrade.”

Finally, Gears 5 will contain a store where players can directly buy customization item with the premium currency Iron, bought with real money. The studio said that Iron can be earned from the Tour of Duty.

Gears 5 is launching on Sept. 10 for Xbox One and PC, though Xbox Game Pass Ultimate members will get to play four days earlier.