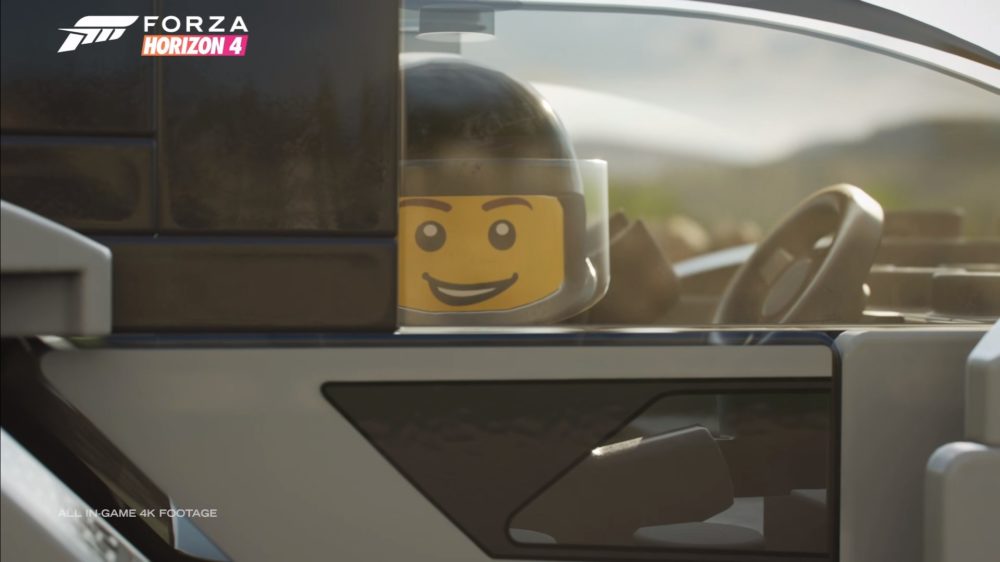 During Microsoft’s E3 2019 conference today, it was announced that Forza Horizon 4 would be getting a new block (sorry, we couldn’t help) of DLC, and it would be a little different than what you might be expecting. LEGO Speed Champions will blockify the usually super-realistic racer when it releases on June 13.

The gameplay trailer included below shows off just what players can expect to get from the new expansion. It’ll feature an entirely new world built from the iconic block-building toy, which will include a ton of new areas to explore, bricks to smash, and a bunch of inventive new challenges that’ll be sure to put your skills to the test.

Following the quick trailer, we also got a quick glimpse of the McLaren Senna in all its real-sized LEGO-ified glory, which you can check out in the image below.

Fortunately, players won’t have to wait too long to check out LEGO Speed Champions in Forza Horizon 4, as the expansion is due to drop next Thursday on June 13 for both Xbox One and PC. You can follow the rest of Microsoft’s announcements during its E3 conference here, and be sure to search for Twinfinite for everything else you need to know coming from E3 2019.