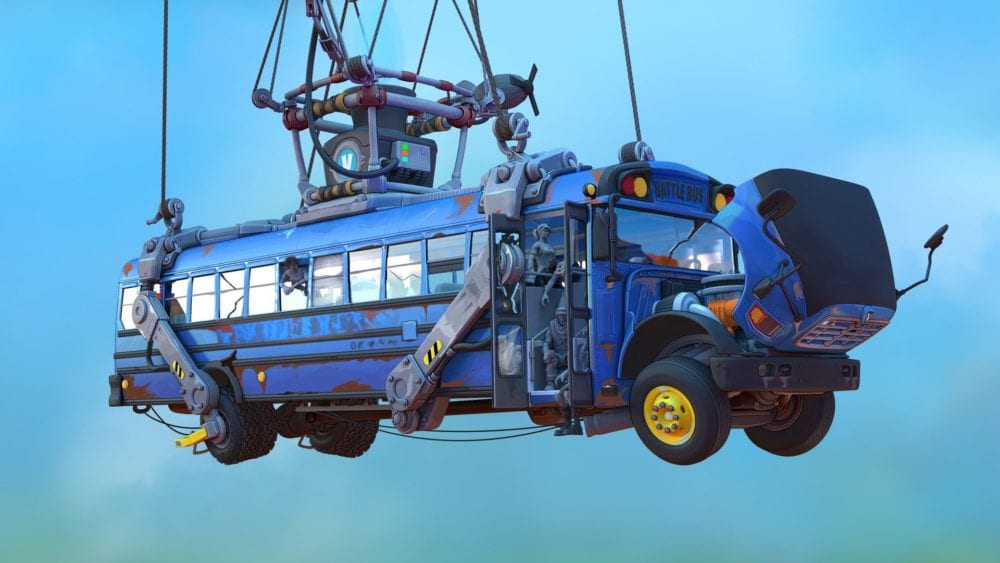 At the very start of every game of Fortnite Battle Royale, players dive their way out of the back of the Battle Bus, gliding their way down to one of the named locales below… or somewhere in between. Well, Epic Games have finally decided that the bus driver deserves a bit of gratitude. Here’s how to thank the bus driver in Fortnite.

What Does Thanking the Bus Driver Do in Fortnite?

Yes, this is an actual thing you can do in Fortnite. It won’t have your character do anything on-screen, but you will see in the kill feed in the bottom left-hand corner of your screen the message “(Your online ID) has thanked the bus driver.” If anything, it’s just a nice way to show you’re a polite boy or girl. As Kingsman told us, “manners maketh man.”

How to Thank the Bus Driver in Fortnite

To thanks the bus driver in Fortnite, all you need to do is press down on the d-pad while in the Battle Bus. This will work for those playing on Xbox One, PS4, and Nintendo Switch. Doing so will result in the pleasantry appearing in the kill feed, and you can feel that little bit better about yourself now that you’ve thanked the bus driver… before plummeting to a likely death.

It’s worth noting, however, that if you’ve remapped your control scheme at all, the method of thanking the bus driver may be different. Simply put, you have to press whatever button or key you’ve assigned to the ‘Emotes’ wheel. Pressing this while inside the Battle Bus will result in you thanking the bus driver.

With this being a part of the 14 Days of Summer challenges for Fortnite, we thought we’d just help clear up any confusion surrounding this mechanic in the game.

That’s all you really need to know to thank the bus driver in Fortnite. If you’re looking to get yourself a free, easy dance in the game, you can enable two-factor authentication now in order to get the Boogie Down dance. You can check out our guide on how to do exactly that here.

For more tips, tricks, and guides on the current season, be sure to check out our ever-expanding Fortnite Season 9 guide wiki.