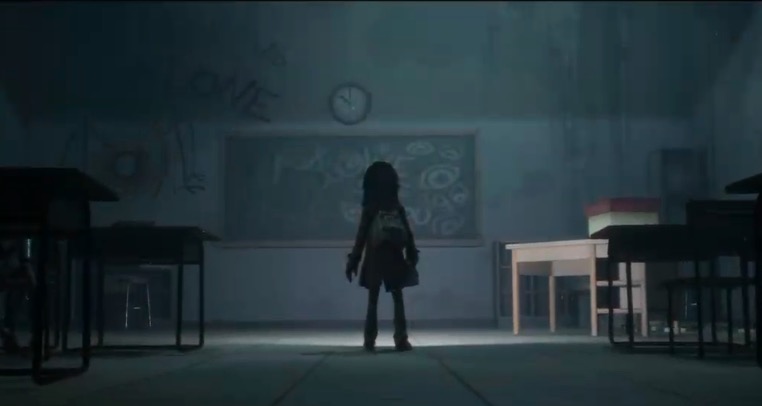 Google has announced today via their Stadia Livestream an exclusive title for the platform from Tequila Works, creators of games such as Rime and The Sexy Brutale, entitled Gylt.

Gylt is an atmospheric and foreboding single player puzzle adventure game, featuring a young female protagonist named Sally who is searching for her missing cousin, Emily

In the short trailer, Sally is seen exploring a dilapidated primary school called Bachman, that has been overrun by dark, Cthulu-esque entities that are hunting her relentlessly. The tone of the trailer is very dark and oppressive, which is at odds with the design of the protagonist herself, who wouldn’t look out of place in a Pixar film.

Emily is shown engaging in some light puzzle mechanics, pushing and pulling objects around the environments like ladders and crates to enable her to traverse obstacles.

There are also some tense chase sequences in which Emily is seen fleeing from these shadowy creatures. Equipped only with a flashlight and a backpack, running seems to be the only option when dealing with these foes, and there does not appear to be a combat option. Sally is shown shining her flashlight at a creature, which appears to be avoiding it, so they may be averse to the light.

Coming exclusively to Google Stadia, Gylt will be a launch title for the service. If you happened to miss the pricing details and launch information, you can find it here. Be sure to check out the official announcement trailer below.