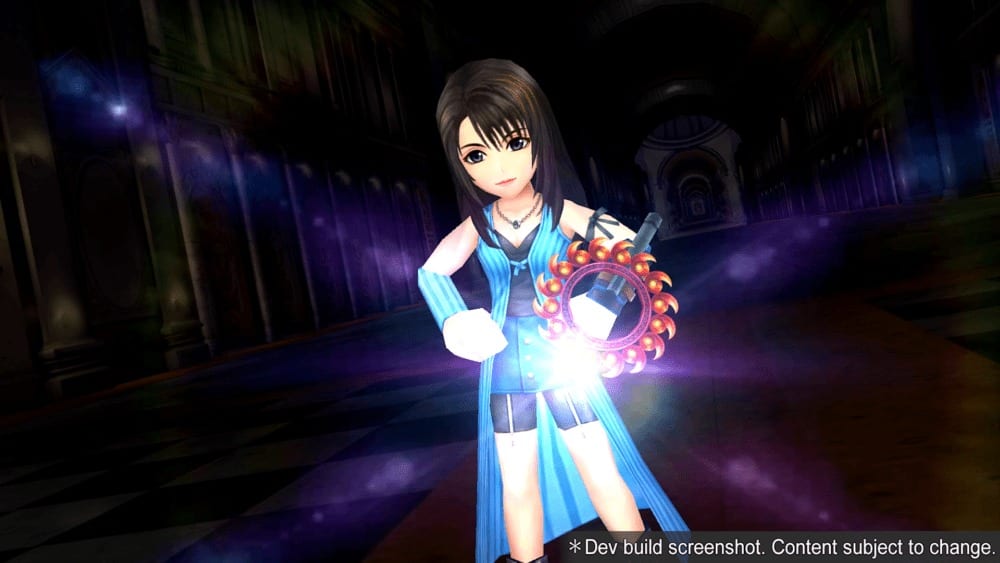 Starting this week, Dissidia Final Fantasy Opera Omnia players will be able to recruit Rinoa Heartilly in a timed exclusive event titled Where To Go.

Series fans will recognize Rinoa as the female lead from Final Fantasy VIII, and is easily one of the most popular characters in the franchise. With the new Opera Omnia event, players can recruit her, and make use of her powerful abilities with Angelo the dog.

As you might expect, playing Rinoa requires you to make smart use of Angelo. According to Square Enix, Angelo can grant BRV and provide healing when necessary.

For instance, the Angelo Cannon ability gives Rinoa the Angelo Recover buff, which allows her to restore a bit of HP and BRV each turn. Square Enix also mentioned that Cannon can be used pretty liberally, making it particularly useful in longer battles.

Ultimately, though, you’ll want to build up to Rinoa’s powerful Angel Wing status, which gives her serious BRV attack and HP attack boosts. Because these boosted versions consume her HP, you’ll want to use it in conjunction with Angelo Cannon.

Here are some more details about each of Rinoa’s abilities in Dissidia Final Fantasy Opera Omnia:

With the weapon “Pinwheel (VIII)” or passive “With a Loyal Companion” equipped:

Grants Angel Wing for 3 turns and cancels Angelo Recover. Can act again immediately after use without adding to turn count (except in summon or as a support character).

With the weapon “Valkyrie (VIII)” or passive “Beautiful Wings” equipped:

Rinoa must be equipped with the weapon “Rising Sun (VIII)” or the passive “Sorceress’s Successor” in order to use Angel Wing Meteor.

Square Enix has also released a batch of screenshots, which you can check out in the gallery down below.

Rinoa’s event will be made available in Dissidia Final Fantasy Opera Omnia from June 27 to July 11.