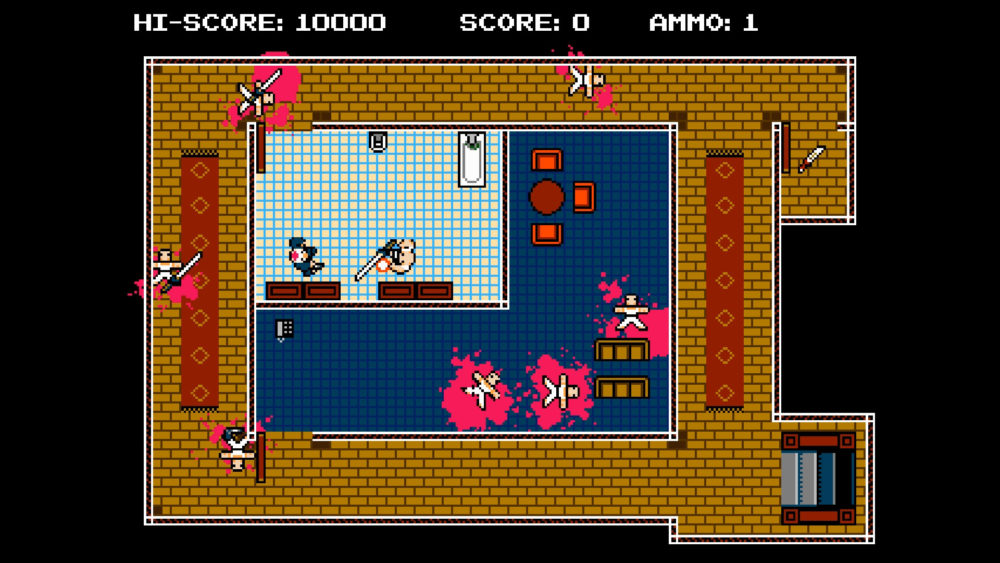 Devolver Digital announced Devolver Bootleg, a collection of eight games ripping off games the company has published in the past, during its E3 2019 presentation today.

These eight rip-offs are actually original games developed by Gato Roboto studio Doinksoft and is published by Devolver Digital themselves. Here is the full list of games alongside the games they are based on:

Most of the games are single-player only with the exception of Super Absolver Mini: Turbo Fighting Championship and PikuBiku Ball Stars, which are two-player only.

These “bootleg” games may have a similar theme to the original game but with a few differences to make it seem “off.” For example, Enter the Gun Dungeon is a dungeon crawler like Enter the Gungeon but everything in the game is made out of bullets or guns. Even the main menu is just a blue screen with white text and obvious spelling errors.