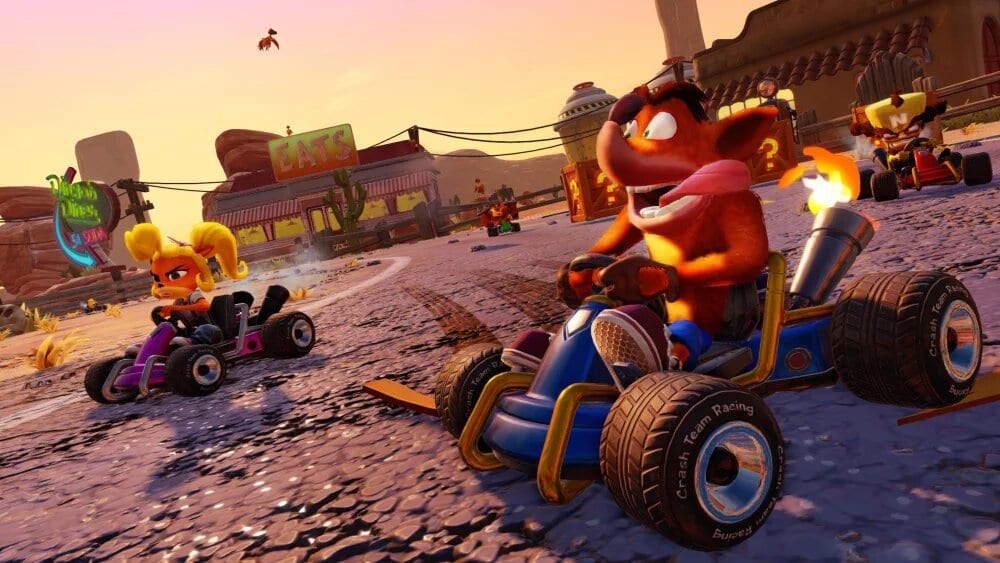 Attempting to follow the huge success of the N-Sane Trilogy, Crash Team Racing is a remake of the cult-classic kart racer. While there’s an Adventure Mode that is the focus of the game, there’s still multiplayer to jump into. Here’s everything you need to know about how to play multiplayer with friends, in both splitscreen and online modes, in Crash Team Racing Nitro-Fueled.

To access both multiplayer modes, you first need to head to the game’s main menu. This is where you’ll see all the modes for the game, as well as the store and leaderboards.

To play splitscreen multiplayer, you need to select the Local Arcade option from the main menu. You will then be able to select what kind of event you want to do, such as Single Races, Cups, Battles, and Time Trials.

Select which one you want, then choose which course you want to race on. You can choose any of the tracks in the game and do not have to unlock them in Adventure Mode first.

Then, select how many players you want to feature in the multiplayer race (up to four), how many laps you want the race to be, and how difficult you want the AI opponents to be.

Then, confirm at the top of the screen, ensuring that the other controllers are turned on and signed in, then all the players will be able to customize their character, choosing the kart they’re using and the look of it.

For online play, you need to select the Online option from the main menu. After a short loading screen, you will be able to set up the online match or join another random one.

To play with friends, you need to either select Friends at the bottom of the screen, then press X on PlayStation 4 or A on Xbox One to join them, or press square/X to invite them to your lobby. You can do the same in the Private Match option, but you’ll first need to enter that option and set up the race.

If you enter Matchmaking first, you’ll not be able to invite your friends.

Update: It’s also worth noting that you cannot play online races with a second player in splitscreen. While this could be added in a future update, nothing has been confirmed by the developer just yet.

That’s everything you need to know about how to play multiplayer with friends, in both splitscreen and online modes, in Crash Team Racing Nitro-Fueled. For more tips and tricks on the game, check out our wiki guide.