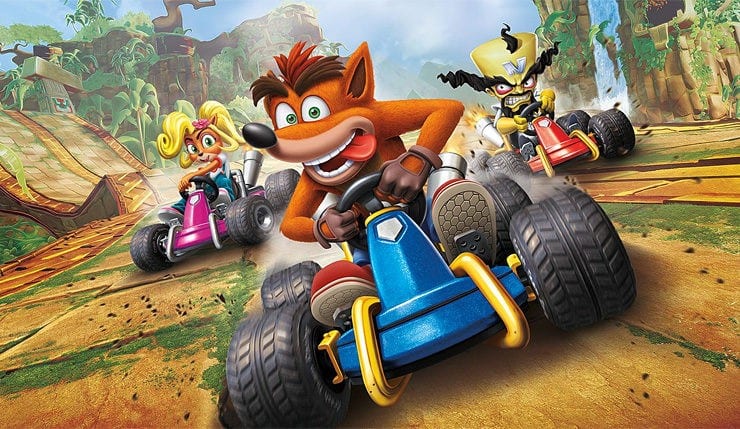 Just because they are new, doesn’t necessarily mean they are better though, as avid fans of the original may want to go old school. Thankfully, you have the ability to swap them out. Here is everything you need to know about how to change controls in Crash Team Racing Nitro-Fueled.

How to Change Controls in Crash Team Racing Nitro-Fueled

Like most games, Crash Team Racing simply requires you to head into the start menu to change the controls. Once inside the start menu, press Triangle (PS4), Y (Xbox One), or X (Nintendo Switch) to access the Options section.

Select the Control option and it will give you the choice between Standard and Alternate. Standard controls are the original, while Alternate is the modernized controls.

Alternate controls moves accelerate to the right trigger, with brake staying the same as Standard. Another big difference is that drift is moved to R1, as well as remaining as L1.

Personally, Alternate controls feel better so far, as they’ve simply become the modern standard for which most racing game controls are based. Don’t let us get in the way of your pure Crash Team Racing experience though, as you now have the option to switch to the original.

That is everything you need to know about how to change controls in Crash Team Racing Nitro-Fueled. For more helpful racing hints and tricks be sure to check our dedicated wiki page or search for Twinfinite.