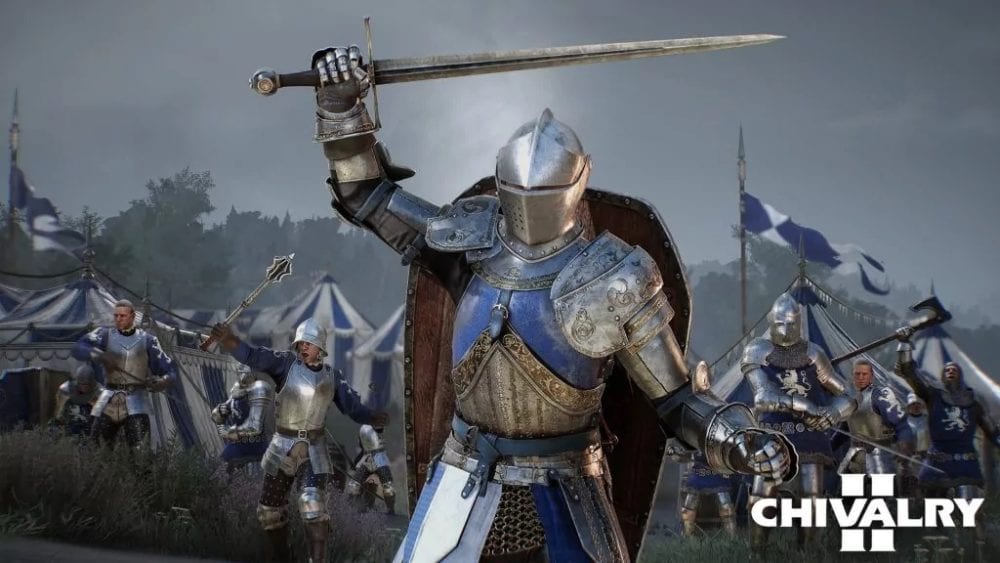 John Gibson and Steve Piggott took the stage to show off the very first Chivalry 2 trailer.

The trailer, which can be seen below, features large scale sword battles and a castle siege.

After the trailer premiered the developers stated the premiere game mode titled “Team objective”, which has players raiding villages and completing medieval objectives.

These objectives are focused around raiding villages and killing peasants, not merely just standing in a circle and waiting for a bar to fill up.

They also stated they had upgraded the player count to 64 players to create more massive scale battles.

A core focus of their combat revolves around being able to take on multiple players at the same time while maintaining fluidity and easy to read animations.

Chivalry 2 was also announced as an Epic Store exclusive when it launches early 2020.

Let us know in the comments below if you’re excited to get medieval, and for more E3 coverage be sure to check out Twinfinite.

You can watch the entirety of the E3 2019 PC Gaming Show to see all of the reveals that happened today.