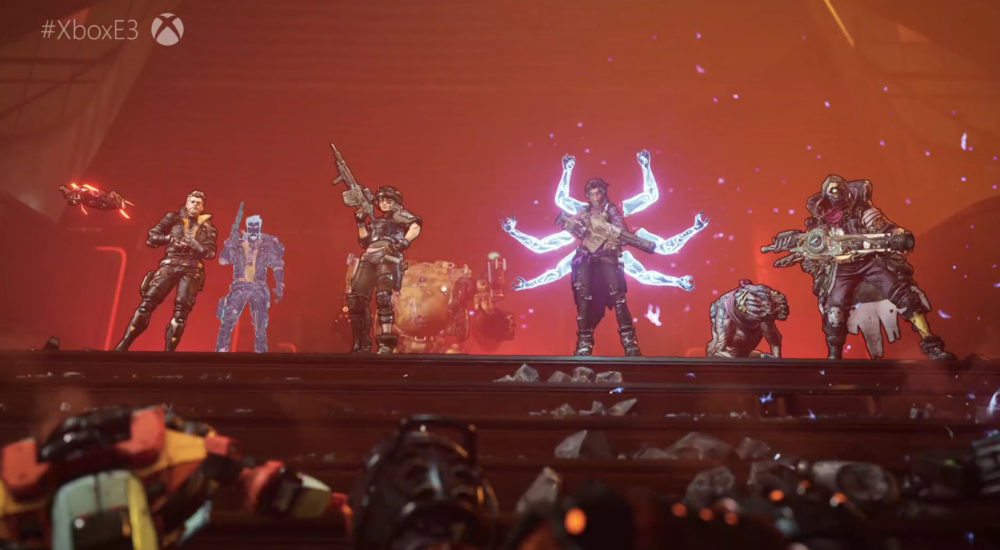 Without a doubt, Borderlands 3 is one of the most hotly anticipated games due out this year, and Gearbox certainly didn’t miss their opportunity to show it off at Microsoft’s E3 2019 press conference this year.

In the trailer, we got a look at the new characters. Namely, Amara the Siren, Fl4k the Beast Master, Moze the Gunner, and Zane the Operative. Oh and, of course, we also got a look at some of the loot and guns that will be available in the game.

The Borderlands series has always been praised for its fun looter shooter mechanics, with an emphasis on beating bigger and stronger enemies to get bigger and better guns, and Borderlands 3 doesn’t look like it’ll disappoint in that regard.

Borderlands 3 is set to be released for PS4, Xbox One, and PC on Sept. 13 later this year. If you’ve yet to check out the earlier games in the series, the Handsome Collection is now available for free for PS Plus subscribers, and it’s been added to the Xbox Game Pass catalogue as well.

We’ll keep you updated as more info comes our way, so be sure to keep it locked to Twinfinite.