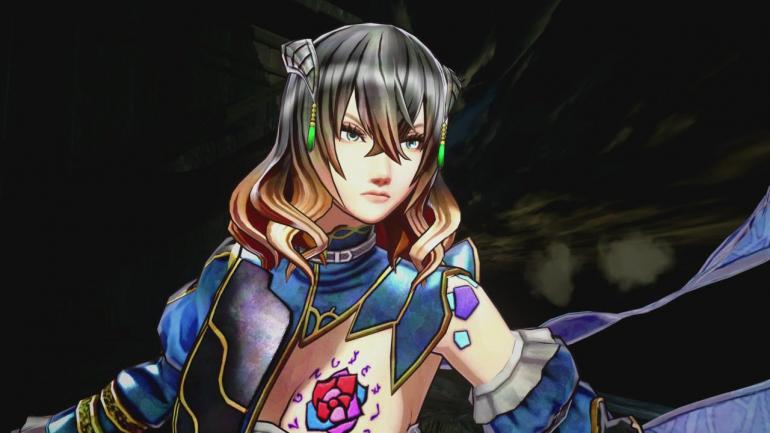 Best Weapons in Bloodstained Ritual of the Night

Most of the weapons listed here are going to be end game acquisitions, but we wanted to give a special shout out to the Spiral Sword, which can be farmed from the Blood Grinder Knights early on in Bloodstained Ritual of the Night.

Similar to the Heretical Grinder Shard, the Spiral Sword is a fast-hitting weapon that excels at dealing continuous damage, and can provide a serious boost to your DPS. It’s a great early game weapon that you should certainly consider if you’re not already using the Rhava Bural.

Speaking of the Rhava Bural, if you get four of those from the Killer Barbers, you can craft the powerful Rhava Velar, which is a throwback to the Valmanway and Crissaegrim from the Castlevania games.

The Rhava Velar attacks extremely quickly, with four rapid slashes that allow you to retain mobility even while attacking. Its damage output isn’t as high as some of the other end game swords, but its speed more than makes up for that shortcoming.

The Eternal Blue is one of the very best weapons you can get in Bloodstained Ritual of the Night, and its recipe book can be found in the Hall of Termination, right before the main boss room.

It’s a fairly straightforward weapon to use since it’s a sword-type, but it has the highest attack value out of all the swords in the game, so it should certainly be on your radar if you’re looking for best swords to use.

This is a weapon that can be crafted fairly early on if you have an 8-bit Coin, and it certainly rivals the Eternal Blue in terms of damage output. The Encrypted Orchid is basically a lightsaber that lets you look cool while wrecking all the enemies in your way.

It’s useful for early game encounters, and can be upgraded to unlock its full potential with the 16 and 32-bit Coins.

The Grand Izayoi is probably the best katana-type weapon in the game, but crafting it is a bit of a pain. To craft it, you’ll need a Dojigiri and a Mikazuki, and craft them by talking to Johannes.

The cool thing about this katana is that its attack power actually goes up depending on how much blood you’ve absorbed with the Blood Steal Shard. What makes it so powerful is the fact that you have access to all the katana techniques you’ve picked up in the game, making it a crit monster.

We also wanted to give a special shout out to the guns in Bloodstained Ritual of the Night. While their base attack values aren’t impressive at all, most of their damage output comes from the different types of ammo you can equip.

Guns are also some of the best weapons in the game because of their versatility. You can craft elemental rounds, poison rounds, and powerful Diamond ammo and other piercing bullets to enhance your gun’s potential.

Gun builds do take a lot of effort, though, as you’ll need accessories and Shards to increase your attack speed. But if you invest in it, gun builds make for extremely powerful ranged damage options.

That’s all you need to know about the best weapons to use in Bloodstained Ritual of the Night. Be sure to search for Twinfinite for more tips and information on the game.