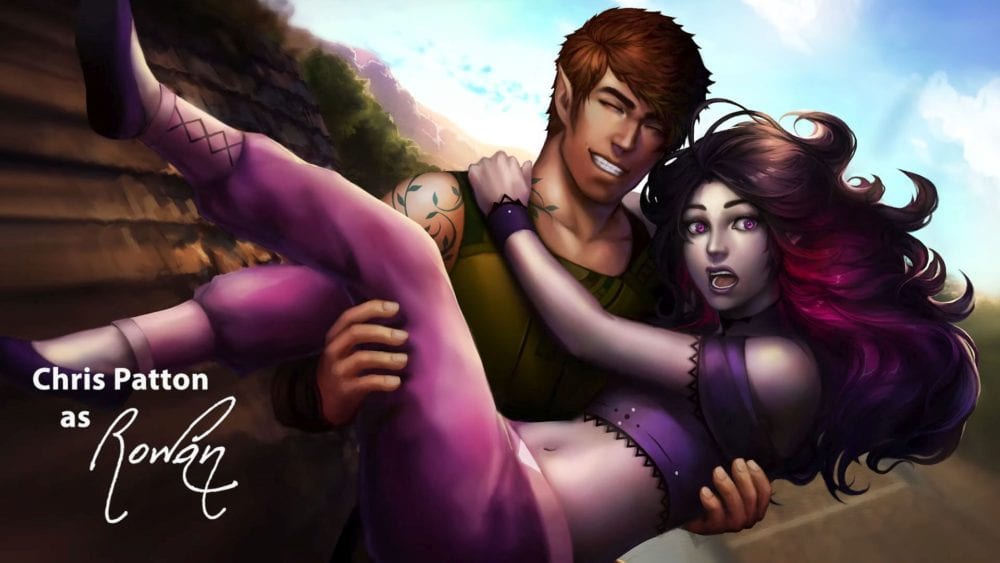 You may know Truant Pixel mostly for their awesome PS4 themes, but today we’re talking about one of their games, Akash: Path of the Five.

Just in time to close out E3, they released a brand new trailer of this Otome visual novel, and it’s all about the five handsome dudes that the protagonist Aurora can romance in the game.

If you’re not familiar with Otome visual novels, they’re usually designed mostly for a female audience (“otome” means “maiden” in Japanese), and feature a harem of charming male characters open to romance with the female heroine. Despite their titular target, they’re often well-liked among quite a few of the boys as well.

You can check out the trailer below and see what I mean. Incidentally, only five potential love interests are showcased here, but there is a bonus one who hasn’t been revealed.

If this is the first time you hear about Akash, you can read an official description below.

“Akash: Path of the Five is a visual novel in the otome style. Players will assume the role of Aurora, a member of a fantasy race known as the Al’wan, or elementals.

For nearly a millennia, the number of elemental girls born has dwindled over the generations, forcing them to interbreed with humans to save their race from extinction. As the first elemental girl the village of Akash has seen in over 200 years, all eyes are on Aurora while she prepares for her Coming of Age Ceremony.

Tensions between her home village and a neighboring village of humans begins to boil over, threatening an all-out war. Players will have the opportunity to cultivate a romance with one of her five classmates, navigate the conflict between the two races, and plan the greatest Coming of Age Ceremony the village of Akash has seen in two centuries.”

I’m going out on a limb and guess that the sixth love interest is likely human, but I may be wrong. This is just my speculation.

Akash: Path of the Five is coming this spring (IE: really soon) for PS4.