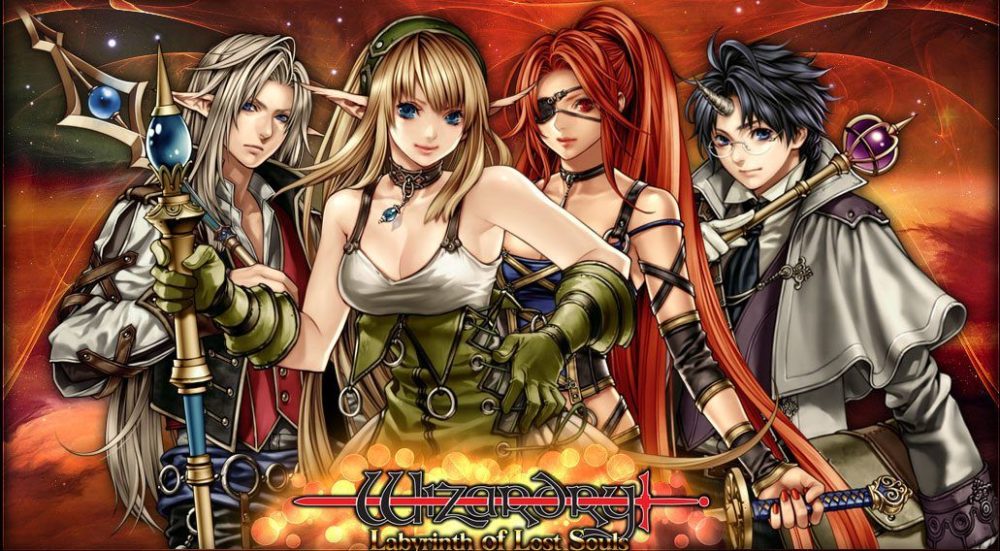 If you are a hardcore dungeon crawler JRPG fan, you have probably heard of the name Wizardry. Soon, you’ll be able to play Wizardry: Labyrinth of Lost Souls on PC.

The game was originally developed by Acquire and released for PS3 in 2011 and then for PS Vita in 2015, and now it’s coming back.

Below you can read an official description courtesy of XSEED, providing info on what we can expect from the PC port.

“Originally released on the PS3™ system in 2011, Wizardry: Labyrinth of Lost Soulsallows players to choose from eight classes and five races to build a six-person team with diverse but complementary skill sets. During exploration, players are able to change character classes as needed or focus on leveling up their primary class to earn bonus skills.

This new PC version of the game has been upgraded to modern PC standards with HD graphics, support for various resolutions, customizable controls supporting gamepads and mouse and keyboard, and a newly introduced Turbo Mode. The PC version will also include all previously released DLC content for completionist adventurers.”

Here’s a not-so-brief introduction to the story.

“In a faraway land 2000 years before the current era, the god Avrul created the Draguun, a race bearing the bloodline of the dragon gods. They excelled in the mystic arts and built a prosperous civilization, ruling over the world for many years.

However, the Draguun were arrogant, and eventually fell victim to their own powerful magic. Their disappearance plunged the world into chaos until the empire of Darua, in the land of Athals, united the people once again. Thus began the age of Athals.

In the 100th year of Athals the emperor of Darua fell into madness and his empire quickly collapsed, leaving the land divided among three factions – the Kingdom of Diement, the Council of Qhopati and the Haersant Federation. Working together, the three countries built a strong alliance and lasting peace returned to the land of Athals.

However, over time, dangerous monsters that were supposedly sealed away by the angels, long, long ago in the time of legends, began to appear once more. Not only did monsters and beasts return, but powerful demons, known as the “Elder Ones” also turned their attention to Athals.

The sages say that “Something which had once sealed away the Elder Ones is losing its power,” and the fortune tellers say that “The balance of the world has begun to collapse,” but no one could be truly sure of the reason for their return.

The people hold onto their visions of peace while living in fear of the unknown. But among them, some stepped forward to search for the artifacts left long ago by the Draguun, while others pursued monsters to collect bounties.

These men and women, with exceptional strength and skill and wielding the powers of magic and ancient martial arts, became known as “Adventurers,” fighting for good or fortune as yet another dark shadow looms just over the horizon…”

Below you can check out the announcement trailer and a few screenshots. You can also find the listing already available on Steam.