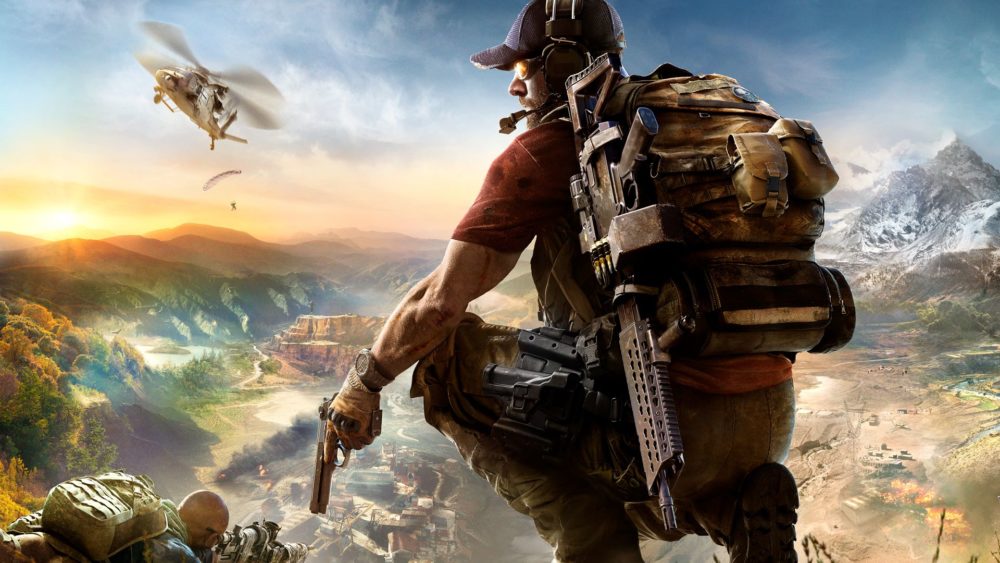 Is there a new Ghost Recon game on the way? Ubisoft today announced that it’s hosting a “world premiere event” later this week, possibly alluding to a new game in the long-standing Tom Clancy series.

On May 9 2.30 p.m EDT, Ubisoft will unveil the next chapter in the Ghost Recon series. It’s not yet clear whether that means an entirely new game, but that does seem likely given that Wildlands is approaching its two-year anniversary and has already received plenty of DLC.

Tune into the #GhostRecon World Premiere event May 9 at 11:30 am PT.

❤️ this Tweet to watch the Official Announce Trailer on May 9! pic.twitter.com/n7emQ6M0p7

News of an upcoming announcement of some sort isn’t entirely out of the blue. Wildlands players have for some time been uncovering easter eggs and hints seemingly suggesting there was something in the pipeline.

In a previous update for the game, players were cryptically directed to the website of a fictional company called Skell Tech corporation, which granted access to a promotional video detailing its catalog of advanced drones and robots. Elsewhere, only days ago, a file within the most recent Wildlands update, Operation Oracle, invited players to join “Skell Con” on May 9 at 11.30 a.m PT –the same date as the now officially announced Ghost Recon event.

Some fans had originally believed the easter eggs to be alluding to an upcoming Splinter Cell announcement, a popular Ubisoft franchise that has long been rumored likely to resurface. As it turns out, though, it looks as though the Skell Corporation has something to do with the next soon to be announced Ghost Recon content.