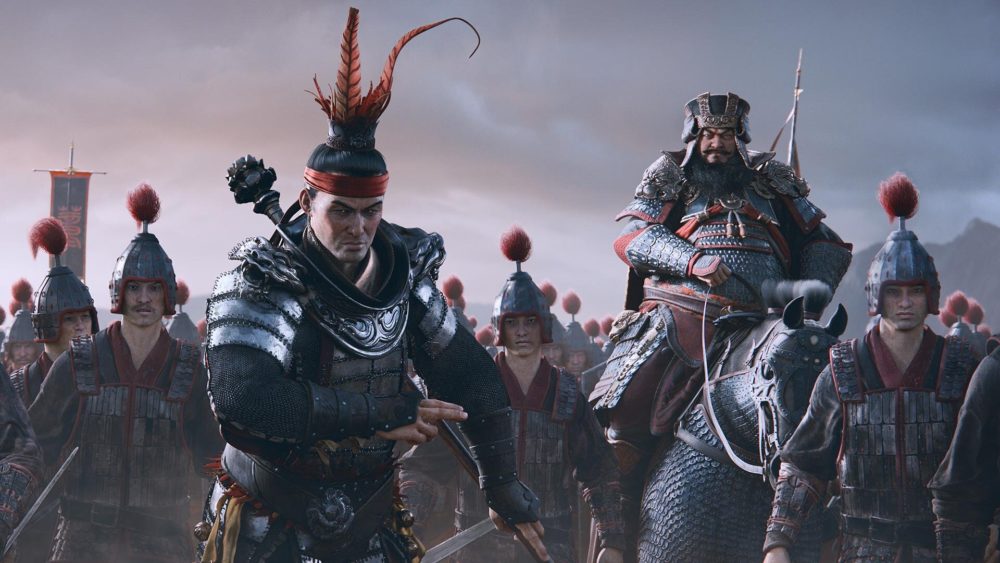 How to Get Lu Bu in Total War Three Kingdoms

Lu Bu is easily the most renowned warrior of the entire time period Total War Three Kingdoms takes place in, and if you’ve played other games like Dynasty Warriors, you’ll be instantly familiar with him. Unfortunately, you aren’t able to play as Lu Bu right off the bat, but there are a couple of ways to do so.

The official Total War YouTube account posted a video detailing two different ways to get Lu Bu, and we’ll help go over them.

The first, and most roundabout way, of getting Lu Bu is by annihilating Dong Zhuo’s faction. If you eliminate the warlord during a campaign, Lu Bu will be sent out to the global recruitment pool.

Now he’s more likely to join factions with characters he’s acquainted to, or that have similar traits. This means you have a chance of recruiting Lu Bu, and playing as him in your faction. However, the second option actually lets Lu Bu become your faction leader.

Once you’ve unlocked him start up a campaign as Dong Zhuo, and you’ll need to follow a chain of events that leads to Lu Bu killing him. This includes having Lu Bu marry DiaoChan, among other things.

At turn 13, Lu Bu will murder Dong Zhuo and he’ll assume command over the faction, letting you take direct control of the fearsome warrior.

That’s everything you need to know about how to get Lu Bu in Total War Three Kingdoms. For even more tips, tricks, and guides, make sure to search Twinfinite.