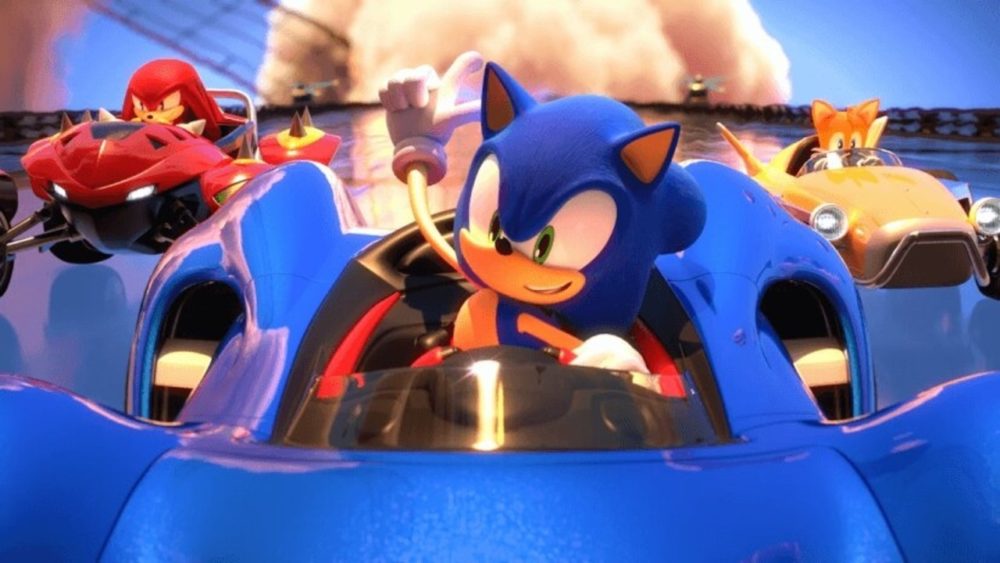 Team Sonic Racing rushed in at the speed of sound Tuesday to the delight and critical acclaim of every Sonic fan the world over. Unfortunately for Nintendo Switch players, it came without the only animated cutscene in the game: the opening cinematic intro.

It’s quite unusual for a Sonic game to start up without an opening cutscene in this era, but somehow Switch owners noticed that the opening cutscene for Team Sonic Racing was missing. Instead, the menu screen greeted them the moment they booted the game — or started their engines, as it were.

In a statement to USGamer, SEGA confirmed that the reason behind the absence of the opening cutscene in the Nintendo Switch version is because of a strict size limit for the game cartridge, which is 8GB. Although Switch users can use microSD storage cards to accommodate otherwise large game files, SEGA isn’t going to patch the opening movie into the Switch version of Team Sonic Racing anytime soon.

“The intro cutscene was removed from the Switch build of Team Sonic Racing due to the cartridge size restrictions. At this time, there are no plans to add the cutscene back via patch.”

According to the Nintendo website, Team Sonic Racing’s cartridge size is 6.6GB. Although Switch cartridges can hold up to 32GB of game data, SEGA made the economic choice to keep the game under 8GB by leaving out the opening cutscene, thereby shrinking it down to 6.6GB.

Not to worry Switch users, you can always watch the game’s opening cutscene on YouTube.