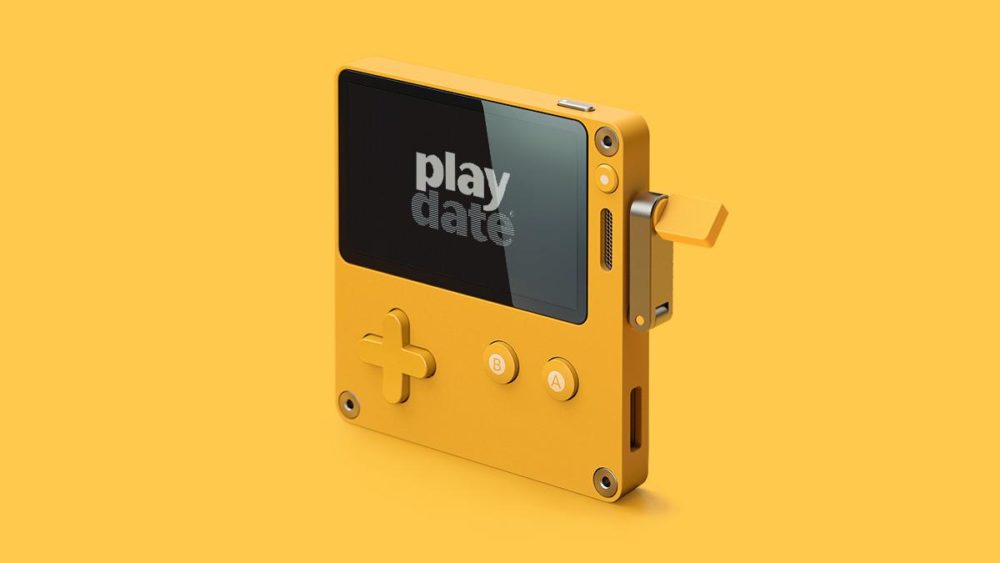 The reveal of Panic Inc’s boutique handheld console, Playdate, caught the industry off guard last week. With its bright yellow aesthetic and boxy design, non-color screen, and a peculiar rotary control mechanism, it flies in the face of modern, conventional design. But, of course, that’s entirely the point, and it so far it seems to be striking a note with consumers and developers alike.

Just 24 hours after it was showcased to the world, a Tweet from Playdate’s official Twitter page thanked over 20,000 new followers, trumpeting 70,000 “on the wait list,” and highlighted interest from game developers.

I’ve since reached out to Greg Maletic, Director of Special Projects at Panic Inc. for clarification on the numbers and an update on the response over the past week.

“On the wait list” was a reference to the number of people who had registered to Playdate’s newsletter, I was told, which has since risen to more than 100,000.

“We’ve seen an overwhelming developer response to Playdate! Which is incredible. (We weren’t sure anyone was going to be interested.) We’re now sorting through the inquiries and figuring out a way to reach out to everyone,” Maletic said in an email.

He also wanted to express that Panic is very enthusiastic to speak with enthusiastic developers regardless of their experience (as in, none at all is fine). Interested parties should contact [email protected] for more.

Playdate is a handheld console releasing in 2020. It features a d-pad, two buttons, and an unorthodox rotary control called a crank. The system will launch with 12 games, which will unlock throughout a “season,” of which more are planned moving forward.

The console’s reveal featured as a world-exclusive cover story for Edge magazine’s June issue –which, incidentally, has since sold out digitally.