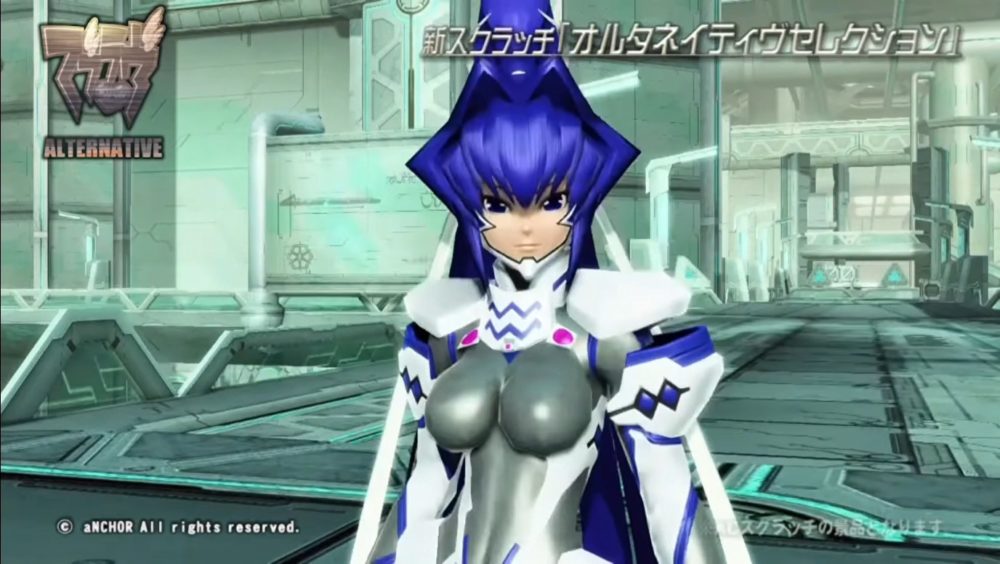 Today Sega hosted a livestream about its MMORPG Phantasy Star Online 2 and revealed the content coming with the second large-scale update to Episode 6.

Among (many) other things, we finally get to see the crossover content related to the popular visual novel series Muv-Luv Alternative, which was teased in April.

The crossover content will be available via AC Scratch with the update in mid-June. It’ll include the iconic hairstyle of stoic heroine Meiya Mitsurugi and two of her costumes, weapon camos, posters for the housing feature, and parts portraying two of Muv-Luv’s signature mechas Type-94 Shiranui and Type-00R Takemikazuchi.

The two costumes portray two of Meiya’s fortified suits, the one belonging to the United Nations, and the Imperial Guard versions. Looks like we aren’t getting the UN cadet one, probably for a very specific reason that Muv-Luv fans will certainly know.

You can check out the video showcasing the items below.

If you’re not familiar with Phantasy Star Online 2, it’s an MMORPG initially released in 2012 for PC, with ports for PS Vita, PS4, and Nintendo Switch launched in the past few years. A western release was also announced in 2012, and never officially delivered or canceled, making this one of Sega’s most unpopular broken promises.

If you don’t know what Muv-Luv is all about, it’s arguably one of the best visual novel series of all time. you can find Muv-Luv and Muv-Luv: Alternative on Steam and on PS Vita. If you’d like to know more, you can read our interview with creator Kouki Yoshimune.

A brand new release on Steam is also coming soon, named Muv-Luv Photonflowers. It will provide a wider look at the franchise’s rich lore.