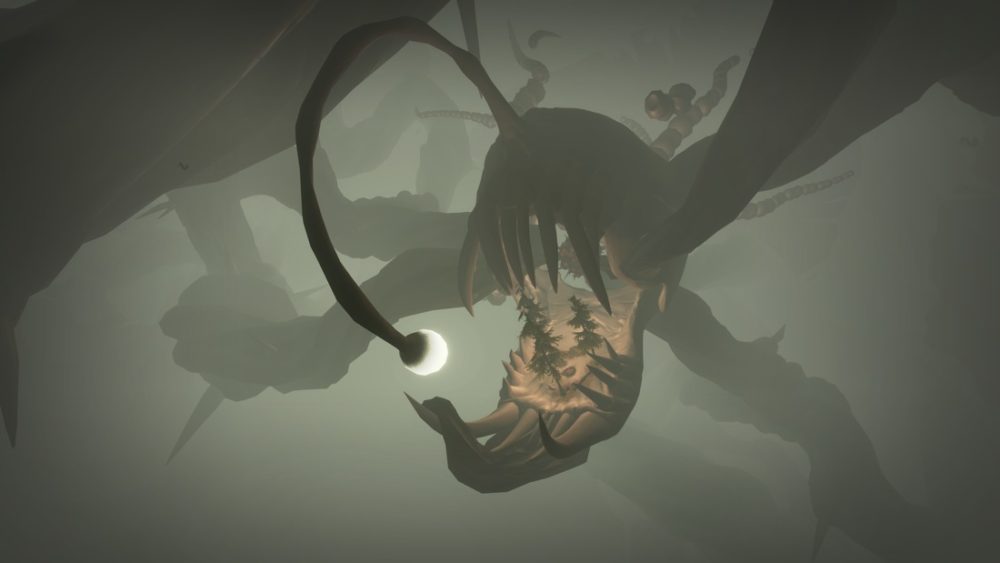 While your main objective in Outer Wilds is to uncover the mysteries of the Nomiads and figure out exactly what they were up to with the help of your translator and Signal Repeater, you can also stumble upon other Outer Wilds explorers who have their own stories to tell and clues to give you. Here’s how to find Feldspar on Dark Bramble in Outer Wilds.

Just like the other explorers who have been venturing around the solar system, you’ll be able to track down Feldspar’s general location by using your Signal Repeater to listen out for his instrument.

Feldspar plays a harmonica, and was last seen venturing around Dark Bramble. As such, if you’re trying to track him down, this should be the first place you want to check out.

Once you arrive in the vicinity of Dark Bramble, you’ll notice this isn’t like any other planet in Outer Wilds. Its exterior has been shattered and torn apart by the Dark Bramble weird plant thing that’s taken over it. Instead, you’ll need to venture into the seed itself by driving into the light emanating out of the holes in its core.

From there, you’ll want to use your Signal Repeater to continue to track his harmonica. At this point, however, it’s worth noting that Anglerfish patrol the foggy interior of Dark Bramble, and will be alerted to any noise that you make.

We advise you pinpoint the direction that Feldspar’s harmonica is coming from as soon as you enter Dark Bramble and then give your ship’s thrusters one quick blast in that direction.

Then, let your ship slowly drift through the fog until you reach the source of Feldspar’s harmonica signal. Unfortunately, it isn’t Feldspar himself… yet, but another one of these seeds.

Fire your drone inside it and you’ll be shown an ‘Error Signal’ a bit further away. You’ll now want to make your way towards this, and you should find yourself approaching an Anglerfish.

Watch out! Joke, not really. Feldspar has actually set up camp on the skeleton of an Anglerfish. Specifically, he’s camped up in its gaping mouth and there’s a campfire and some trees nearby.

Land here, and you’ll hear Feldspar playing his harmonica. He’s got plenty to tell you about Dark Bramble, time and space itself, and even some handy tips on the mysteries of Giant’s Deep’s core, but we won’t spoil all of this for you.

That’s everything you need to know about finding Feldspar on Dark Bramble in Outer Wilds. For more tips, tricks, and guides, be sure to search for Twinfinite. Alternatively, you can check out some more of our guides we’ve listed for you down below.