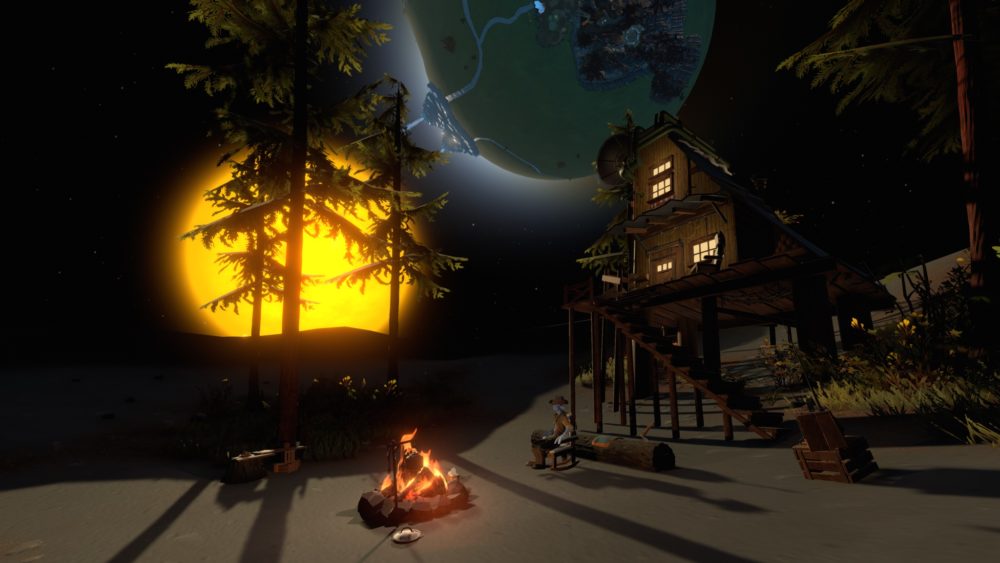 Last week, publisher Annapurna Interactive announced its upcoming space exploration game Outer Wilds was dropping Steam exclusivity for the Epic Game Store, and today they’ve revealed the game will launch next Thursday, May 30 on both PC and Xbox One.

Outer Wilds first turned heads way back in 2015 when the alpha version of the project won the Seamus McNally Grand Prize and Excellence in Design awards at the Independent Games Festival.

Recognized for its promising make-your-own adventure style of gameplay and compelling aesthetic, the final version is like a scaled-back version of No Man’s Sky.

Rather than an entire galaxy, Outer Wilds takes place in a single handcrafted solar system. With this quality over qauntity approach, the surfaces of each planet are content-rich environments that should make exploration diverse and interesting.

Particularly so, as the solar system in question is stuck in an endless 20-minute time loop. Players can visit an underground city before it’s swallowed by sand, or explore the surface of a planet as it crumbles beneath their feet.

You can check out the official trailer below:

Outer Wilds will launch for PC and Xbox One May 30, and is slated to release on other platforms at a later date. You can find more coverage of the game by searching Twinfinite.