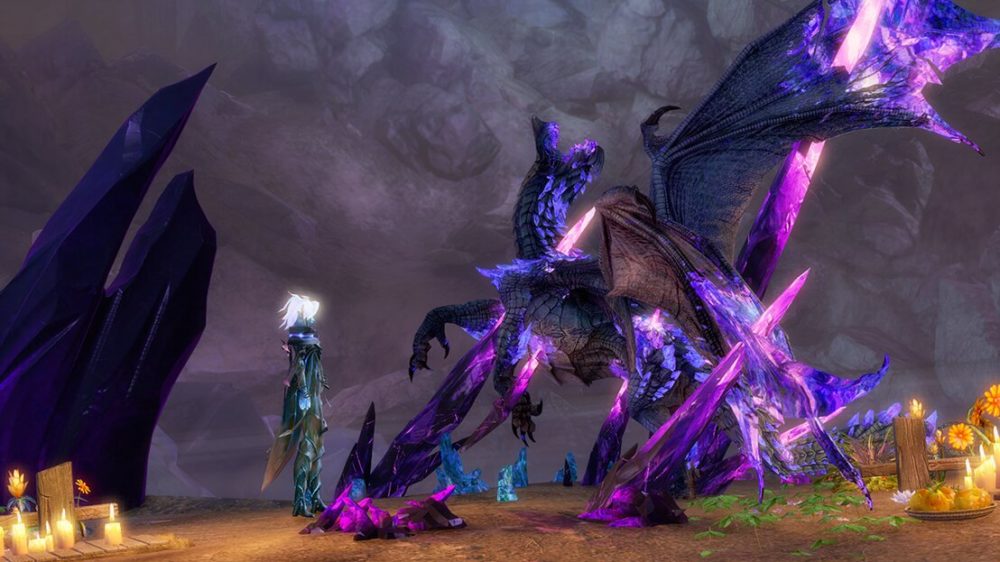 Guild Wars 2, the popular ArenaNet MMORPG, will be getting a batch of new content in a week, and it will be the last hurrah for season 4.

For the uninitiated, ArenaNet releases Guild Wars 2 content and updates episodically. With each new episode comes a significant addition to the world of Tyria’s overarching narrative.

ArenaNet has been releasing these episodes since early 2013, and released the fifth episode of season 4 this past January. This most recent episode saw the death of a pivotal character who’s been a part of the plot since season 3,

In the sixth and final episode for season 4, “War Eternal”, the remaining characters will be seeking vengeance on the primary antagonist. In ArenaNet’s own words, “War Eternal takes players on a daring, odds-defying chase after the wounded and angry Elder Dragon, Kralkatorrik, the villain at the center of last episode’s heartbreaking conclusion.”

Alongside this conclusionary bit of story content, ArenaNet will be releasing some new features. The first of these is SkyScale, a new mount that can climb walls. Second is a new map, untitled for the time, which ArenaNet promises will “unlock answers to the Elder Dragon Kralkatorrik’s very existence.”

A new weapon will be added, as well: the Exordium, a mythic sword that will change form based on the attack skill the player uses. Finally, episode 6 includes an upgradeable two-tier Mist Shard armor set.