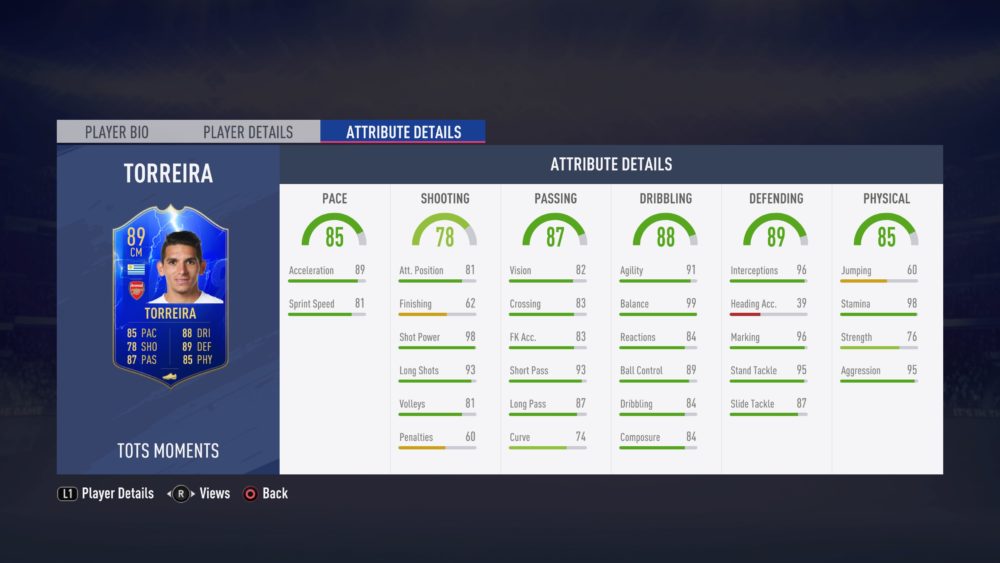 The rather underwhelming Premier League TOTS week continues and EA Sports has released a Moments card for Lucas Torreira to celebrate his performance in the home North London Derby earlier in the season. Here’s everything you need to know about how to complete TOTS Moments Torreira SBC in FIFA 19.

How to Complete TOTS Moments Torreira SBC in FIFA 19

Coming in at around the 250k coins mark, it’s not great value. It’s a decent card, but he’s a little short for FIFA and doesn’t have the best passing or dribbling stats. Also, it’s a Moments card so it won’t count as a TOTS card in SBCs. Here are the requirements:

None of these Torreira SBC challenges are particularly difficult to put together.

What’s tricky is staying away from the Premier League, since that league is expensive in FIFA 19 right now with so many of the players being out of packs, and not using too many 86s, which have become expensive recently.

The La Liga is probably the best bet since there are so many high rated players in that league and they haven’t gone up in price too much. If you build a squad using them, you can slip the extra players in elsewhere.

For the Arsenal player you need to for Torreira SBC, use the likes of Leno and Sokratis. Then, for the Premier League player, try to use a goalkeeper, such as Kepa.

You will also be able to slip in the TOTW players wherever you like. Be sure to use players from the current FIFA 19 squad though, since they’ll stay cheaper by being actively packed.

That’s everything you need to know about how to complete TOTS Moments Torreira SBC in FIFA 19. For more tips and tricks on the game, be sure to search for Twinfinite.