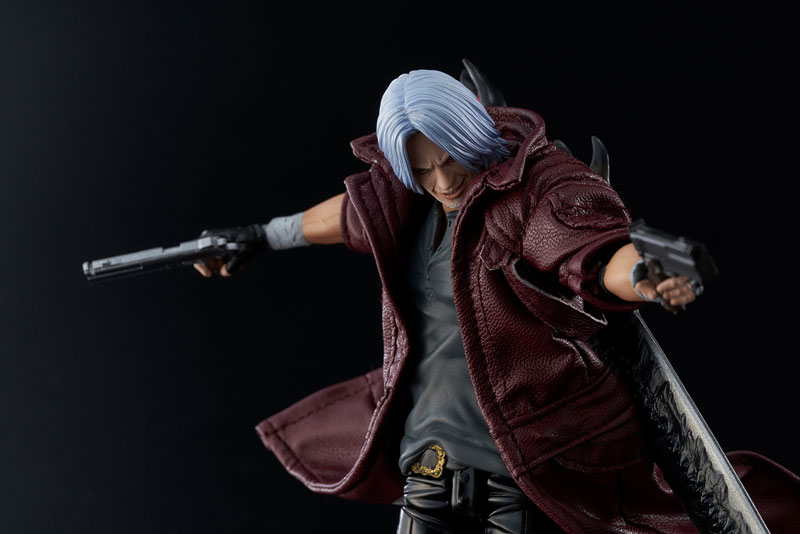 Devil May Cry 5 has launched quite successfully, so it’s not surprising that figure manufacturers are showing considerable interest in portraying the game’s protagonists.

Hong Kong-based manufacturer Sentinel is one of those, and they just made a new Dante action figure available for pre-order on several retailers, including AmiAmi. The cost is 15,100 yen, which translates into $137.

The release window is November 2019.

Dante is sculpted by Bigshot Toyworks in cooperation with Yuuki Ishiyama, N,E and Shusaku Ishida (Greif), he’s designed by Yuki Nakamura, and the finishing work has been done by Youji Hayakawa.

He’s actually rather small due to the diminutive 1/12 scale, standing at about 160 mm tall.

The set includes the following:

You can check out what he looks like in the gallery below.

If you’re more interested in static scale figure, Kotobukiya is also working on both Dante and Nero.

Devil May Cry 5 is currently available for Xbox One, PS4, and PC. Just today, we learned that it shipped 2.1 million units as of March 31.