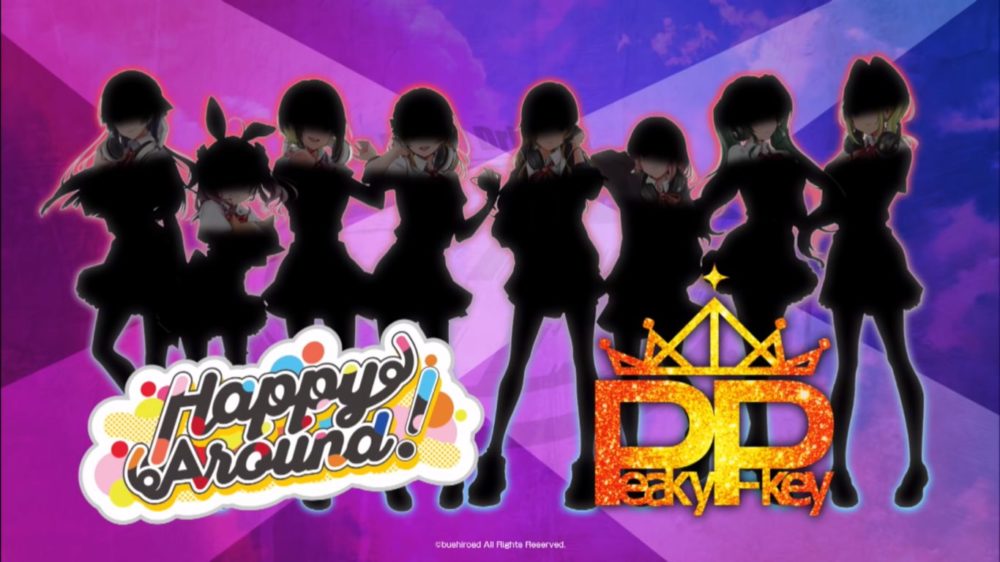 The trailer showcases the basic cast of the game, which will include six DJ units with four girls each. At the moment no character has been fully revealed, but we have seen glimpses of eight of them and we know the logos and names of their units, Happy Around and Peeky P-Key.

The other sixteen characters have been introduced only with silhouettes, which you can see at the bottom of the post.

D4DJ will be a cross-media franchise including video game, an anime series, and live concerts. The name stands for “Dig Delight Direct Drive DJ” and will be presented with a two-day live concert event with BanG Dream! bands RAISE A SUILEN and Argonavis on July 20 and July 21 at the Makuhari Messe venue in Chiba, near Tokyo (the same place where Tokyo Game Show is usually hosted).

The story is written by BanG Dream! creator Ko Nakamura, while and Satoshi Saito will be the music producer. You may know for his work on the Haruhi Suzumiya series and Lucky Star.

The game appears to be an attempt to repeat the success of the mobile rhythm game BanG Dream!, which is also published by Bushiroad.