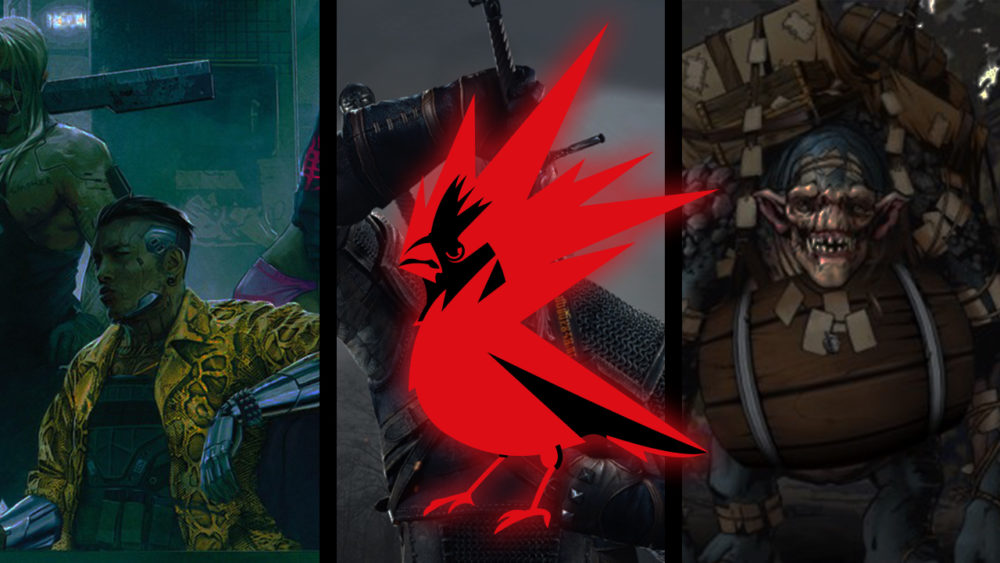 CD Projekt Red is hard at work, cranking out the game that will eventually become Cyberpunk 2077. That won’t be out for a long while, but if you can’t wait, but CD Projekt has just offered the next best alternative: merchandise.

The store CD Projekt Red Store has all sorts of gear from their most famous franchises including Cyberpunk, The Witcher, or Gwent.

Hop onto the Cyberpunk section, and you’ll immediately find Trauma Team t-shirts and jackets with the in-game band “Samurai” stitched on the side. Meanwhile, on The Witcher page, there’s a bracelet, a writing notebook, and lots of t-shirts to choose from.

As you might expect, this branded merchandise comes at a bit of a price. Most of the t-shirts costs 20 Euros (~$23 USD), while jackets cost around 50-60 Euros (~$57-67 USD). Unfortunately for North American fans, the site only ships to European dwellers at the time, although CD Projekt states on Twitter that they intend to add support more regions at a later date.

If you’re looking for juicy tidbits from Cyberpunk 2077 in this merch, you’ll probably come up empty-handed. Most of the logos on these t-shirts and hoodies reference things you can already find on the Cyberpunk wiki. This Trauma Team shirt, for example, is based off the emergency response team from last year’s demo.

At the time of writing, the site has been dipping on and offline, due to high traffic from CD Projekt’s Twitter announcement. Expect the site to stabilize over the next few days and weeks.

For more on CD Projekt Red, be sure to read our overview of their most recent financial briefing.