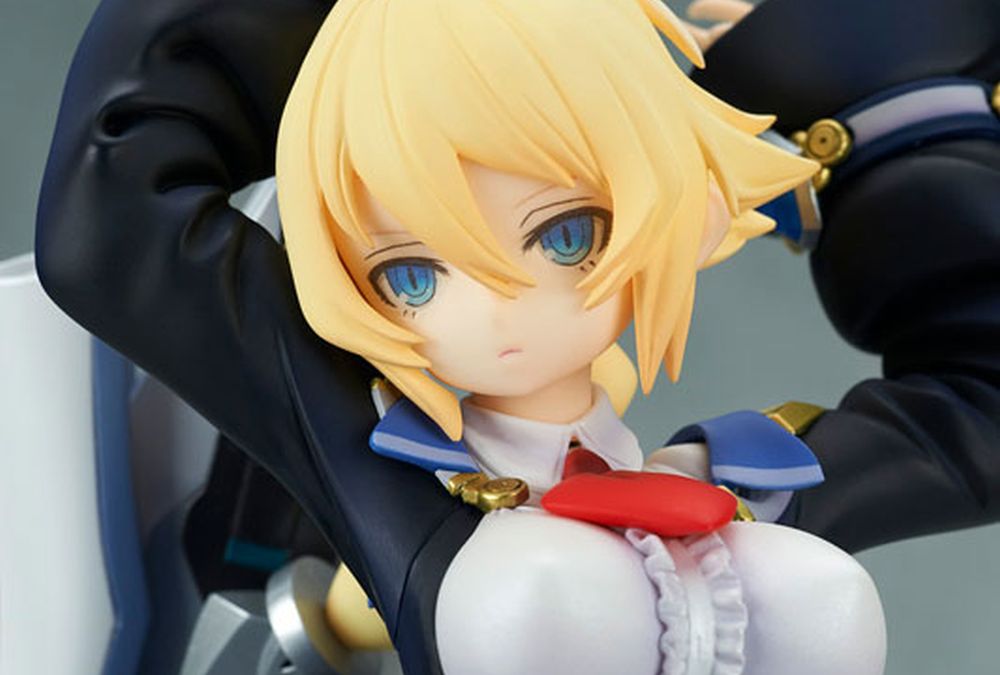 The BlazBlue series is quite popular among fighting game fans, so it’s not surprising that it occasionally gets portrayed by Japanese figure manufacturers.

Today Bellfine made a new figure available for pre-order, portraying Es. You can find it on multiple Japanese retailers, including AmiAmi for 18,500 yen, which translates to roughly $168.

She is sculpted by Akachomu in 1/7 scale, resulting in a fairly sizable figure, standing at 230 mm tall. Paintwork is by Hiroto Tanimoto.

“Here comes the 1/7 figure of Es, the Guardian of the Gate, from the fighting game “BLAZBLUE”!
It is sculpted according to a new illustration which is drawn by the character designer Konomi Higuchi specially for this figure.
Under the supervision of the game producer Toshimichi Mori, Es’s characteristic costume is faithfully recreated.
Some parts of the frill in Es’s skirt are made of clear parts.
Please enjoy this fine sculpted deluxe figure with the included huge weapon of Es “Crystalline Sealed Blade: Murakumo”!”

The latest game in which Es makes an appearance is BlazBlue: Cross Tag Battle, which is getting a sizable update tomorrow (May 21) including support for new DLC characters.