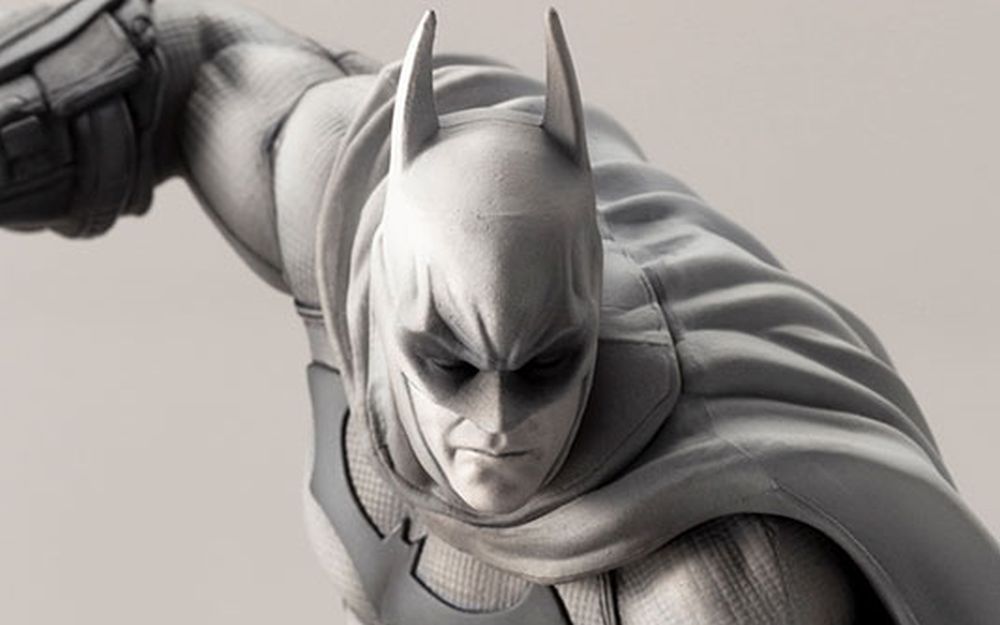 While we don’t know whether developers will ever make another Batman: Arkham game down the line, a figure manufacturer from Japan has not forgotten.

Kotobukiya is releasing a new monochrome Batman figure to celebrate the 10th anniversary of the popular video game series, which started with Arkham Asylum in 2009 and culminated with Arkham Knight in 2015.

The figure is part of the ARTFX+ brand and it’ll be released in November 2019. Pre-orders are currently available on Ami Ami for 7,160 yen (translating to roughly $65).

Our unfriendly neighborhood dark knight is sculpted by M.I.C. but will be fairly small. Given the 1/10 scale, he’ll stand at only 16 cm tall.

Incidentally, this is a special recolor of another figure released in 2014 and inspired specifically by the first open-world game of the series, Batman: Arkham City. That being said, that one didn’t have the monochrome finish.

The Batarang can also be replaced by the iconic grapnel gun, which is pretty much a staple of the series.

It’s always interesting to see a Japanese manufacturer’s take on a western character, and this one certainly looks great.

If you’d like to see what he looks like, you can check out a gallery of images below.