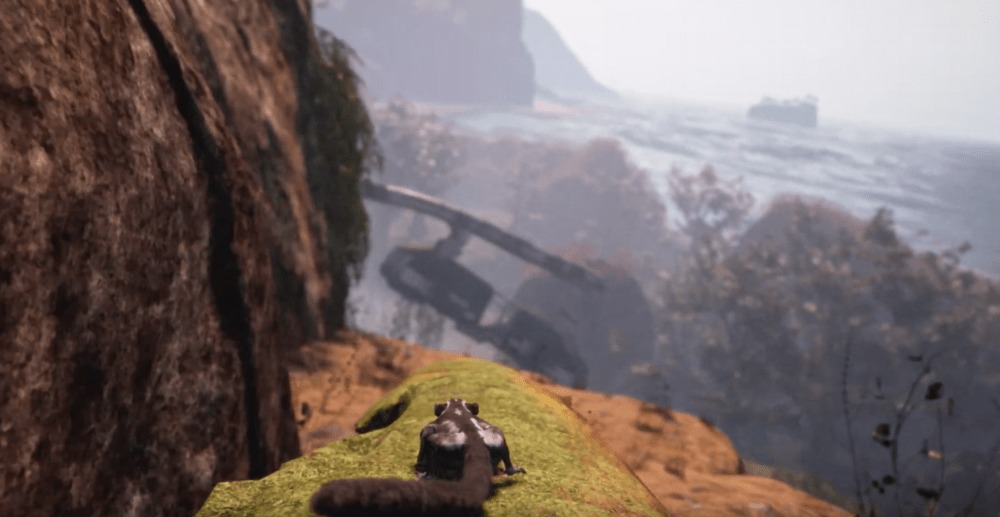 During Sony’s second-ever State of Play, Away: The Survival Series was announced for PS4 with a trailer that shows us the wild through the eyes of an adorable Sugar Glider.

Inspired by nature documentaries like Planet Earth, Away: The Survival Series is a third-person game about surviving in the harsh wild as a sugar glider. Adorable and cunning in almost any situation, at least as presented in the trailer, it’s up to you, the player, to control the sugar glider and ensure their safety and survival.

We’re not quite sure if the trailer, which you can view below, is actual gameplay or cinematics from the game’s engine meant to simulate gameplay but regardless, the game is gorgeous, much like the nature documentaries it claims to be inspired by.

In the trailer, we see our sugar glider take on a snake, glide with birds, climb through jungles, leap over canyons and more. The trailer also shows the sugar glider staring at what appears to impending doom.

As the glider climbs up a log, they’re met with a tornado engulfed in flames.

The trailer ends ominously with a terrifying glimpse at a spider and we really hope our sugar glider doesn’t come into contact with it (although let’s face it, they will). Unfortunately for anyone hoping to play this game soon, no release date or release window was given.