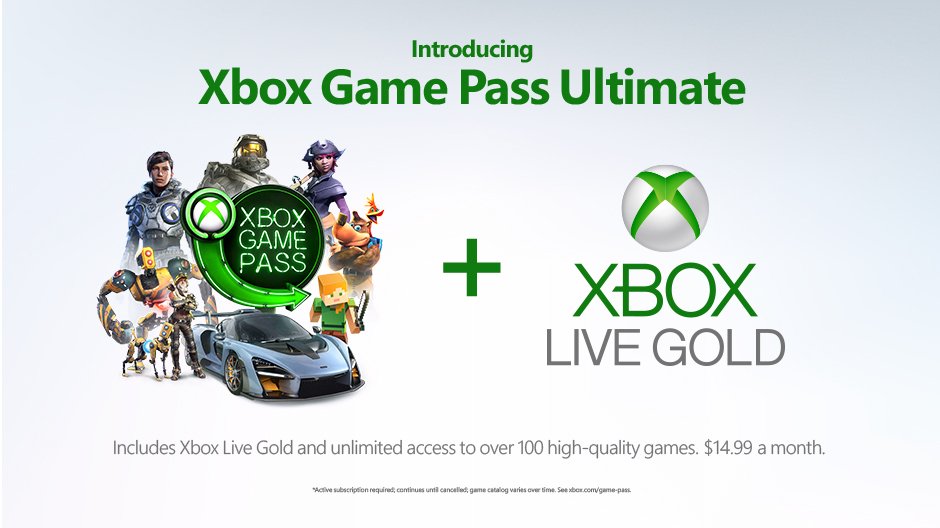 During the newest episode of Inside Xbox, Microsoft announced that Xbox Game Pass Ultimate will be coming sometime this year.

Xbox Game Pass Ultimate is a single membership that combines Game Pass with all of the benefits of Xbox Live Gold for only $14.99 a month.

If you are already subscribed to either of the services or still have a few months left on your subscription, you can easily transfer over to Xbox Game Pass Ultimate by applying your current plan’s value.

Xbox Game Pass Ultimate will launch sometime later this year and will give users access to over 100 titles from Microsoft’s catalog and online multiplayer.

Right now is the perfect time to become a subscriber to Microsoft’s excellent service. In just two days, Capcom’s multiplayer action-RPG Monster Hunter: World will be available on Game Pass as well as Telltales: The Walking Dead – Season 3.

On April 24, Life is Strange – Season 2 Episode 2 will be available for grabs and on the 25th, Resident Evil 5 also comes.

During the newest episode of Inside Xbox, Microsoft also showed off their new Xbox console, the Xbox One S All-Digital Edition, which will launch on May 7 at the cost of $249.99 – $50 less than the original Xbox One S.

For more on everything Microsoft and Xbox, check back here at Twinfinite.