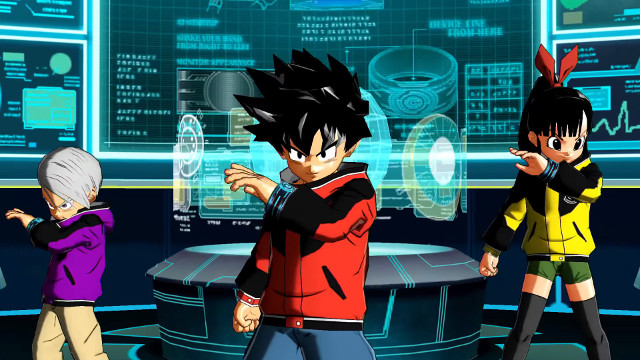 Super Dragon Ball Heroes World Mission is available now on the Nintendo Switch and PC and to commemorate its release, Bandai Namco has released a flashy new launch trailer to prepare incoming fighters.

It’s been a great few years for Dragon Ball fans who also own a PC or Switch. That’s because they’ve received not only entries in the Xenoverse series, but one of last year’s best fighting games, Dragon Ball FighterZ, too.

Well, the Dragon Ball hype isn’t over yet and that’s because there’s a new Dragon Ball game available for these systems today.

In World Mission, instead of mashing buttons and utilizing combos while flying around a ring or stage to defeat your opponent, you’ll be assembling a deck of Dragon Ball heroes to take on foes throughout the universe. In the new launch trailer released today, we get a tease of the major foe for this game as well as some footage of the game in action.

We won’t spoil who the major villain is, but eagle-eyed Dragon Ball fans will know who this new foe is.

As far as gameplay goes, World Mission might be one of the most unique entries in the series’ long line of video games. You’ll assemble a deck of heroes and battle your foes in a Yu-Gi-Oh-like card match. While not identical to Yu-Gi-Oh, the way different cards or heroes interact with each other, and the way the moves play out on screen, certainly remind us of the famed card game.

World Mission is out now for the Nintendo Switch and PC and you can pick it up for $59.99.

If you’re curious about this game, here are some of our past stories: