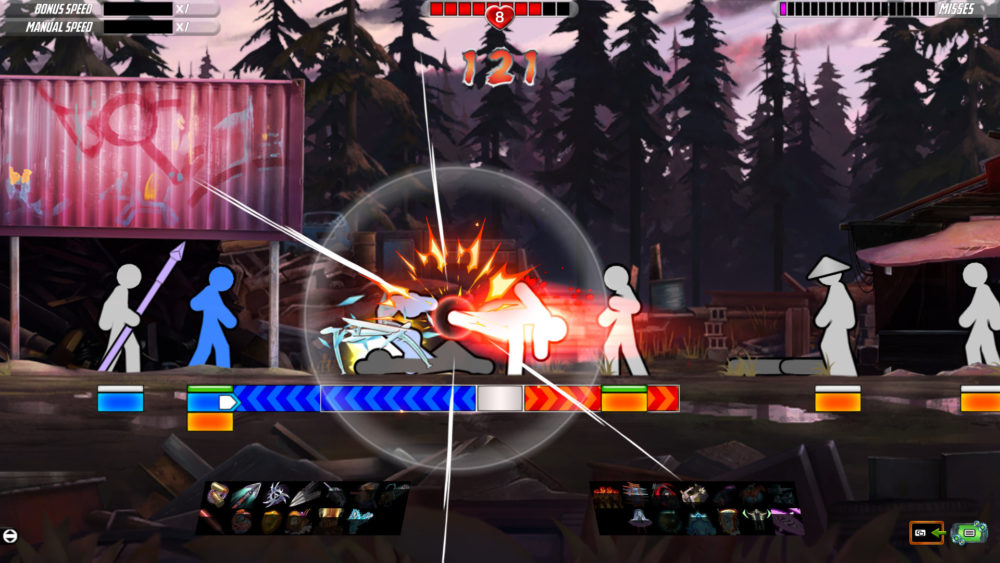 The simple to control, harder to master beat ’em up One Finger Death Punch 2 is now available on PC through Steam.

The sequel follows the same simple gameplay as the first game: waves of enemies enter from the left and right side of the screen and defeating them only takes a click of the corresponding left and right mouse buttons when they get too close.

Failing the level means taking too many hits or missing attacks, so button-mashing is not encouraged especially when the enemies start coming faster.

One Finger Death Punch 2 does not completely change its gameplay, but offers nine worlds with over 400 levels, 26 skills, and multiple endless survival towers.

The game was developed by Silver Dollar Games, which had its start creating small games alongside the original One Finger Death Punch for the Xbox Live Indie Games program.

The games published through the program used Microsoft’s own freeware software with a small community testing and voting on which games should be published for the Xbox 360.

One Finger Death Punch 2 is now available on PC through Steam for $7.99, though currently has a launch discount of 25% off at $5.99 until Monday, April 22. There is also a demo to try out before buying.