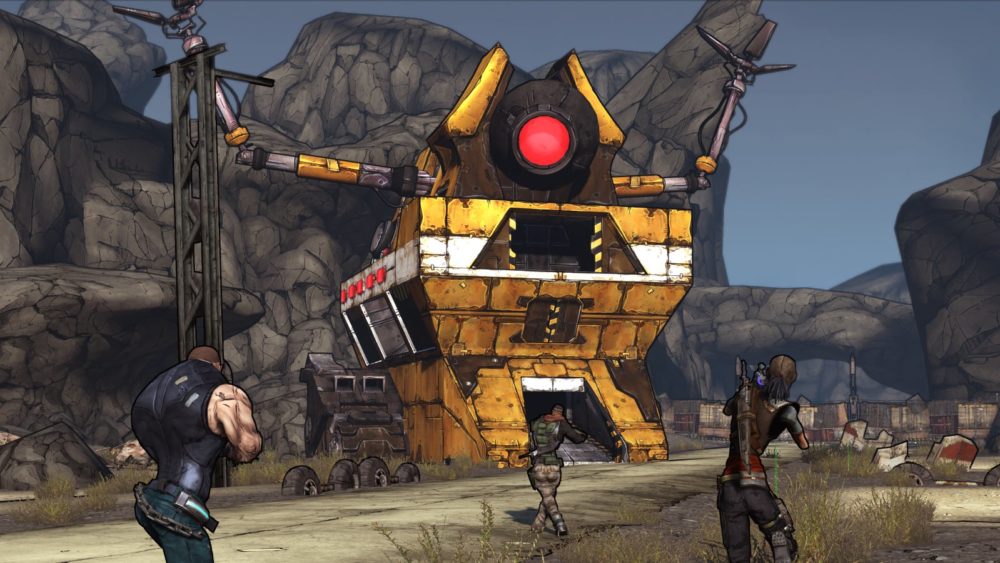 How to Get Borderlands Game of the Year Edition on PS4, Xbox One & PC

The first thing you should be aware of is that while Borderlands Game of the Year Edition (or Borderlands Remastered, if you will) releases today, on April 3, it’s not quite gone live just yet.

Gearbox shared yesterday, via the official Borderlands Twitter account, that the remastered version won’t drop on the PlayStation and Xbox Stores until 7am PT/ 10 am ET. As for those wanting to play on PC, the game will go live and the update will be made available at 10am PT/ 1pm ET.

Borderlands: Game of the Year Edition will be available for digital download April 3 on PlayStation and Xbox Stores at 7am PT / 15:00 BST. Steam users can download the update at 10am PT / 18:00 BST tomorrow. Physical copies & physical pre-orders are limited to the US & Canada.

Once the game goes live on the PlayStation and Xbox Stores, it’s simply a case of navigating your way to these stores and using the search option.

The official name of the game is Borderlands: Game of the Year Edition, so be sure to search for this, rather than anything like Borderlands Remastered. We’ve broken down the steps to use the store search functions on PS4 and Xbox One down below.

Grabbing yourself a copy of the game is a little bit different on Steam, especially for those who already have the former Game of the Year edition of Borderlands.

If you do, you’ll be able to download the update as of 10am PT/ 1pm ET when it goes live. Ensure you’ve got the game installed on your system prior to this so that the update immediately becomes available for you to download.

Are There Physical Copies?

Depending on where you live in the world, we may have some bad news for you. In the same tweet that we’ve provided above, there are only physical copies available in the US and Canada.

Gearbox and publisher 2K has yet to officially announce whether or not physical copies of the game will come to other territories sometime in the future at this moment in time, but it is possible.

That’s everything you need to know about how to get Borderlands: Game of the Year Edition on PC, PS4, and Xbox One. For more tips, tricks, and guides, be sure to search for Twinfinite.