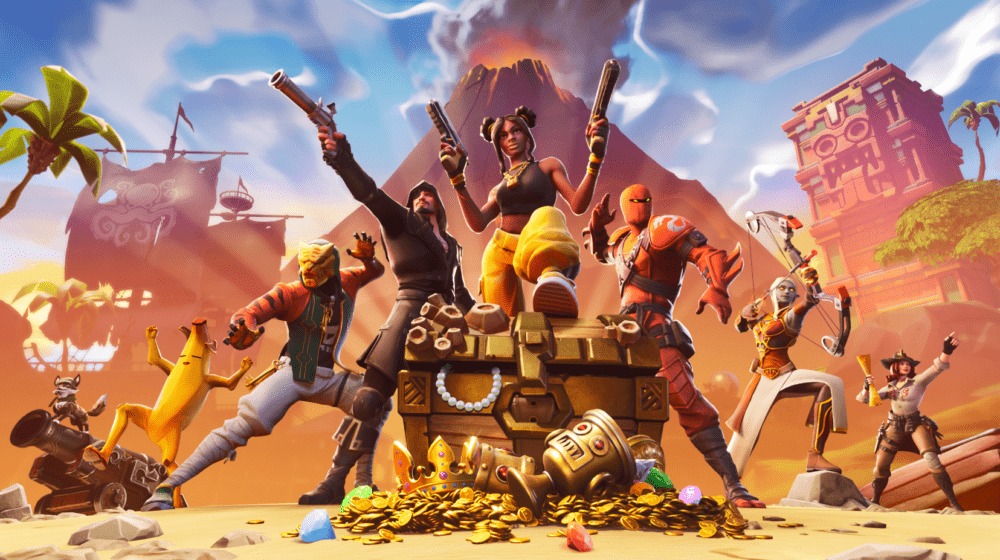 Usually, Fortnite doesn’t become too cryptic on social media until the start of a new season is nearing. It seems that Epic Games is bucking that trend, though, with a new and cryptic teaser image released on Twitter today that warns “Ruin is coming…”

If you’re at all involved in Fortnite, undoubtedly one of the world’s most popular games right now, you know that the community thrives on hints and teases that point toward new content heading to the game. Up until this point, those hints and teases have almost always clued players in on what’s to come in the next season of Fortnite Battle Royale.

Considering Season 8 only recently just begun, meaning Season 9 is weeks and weeks away, Fortnite’s latest tease seems to point toward something coming to the game very soon.

In the image posted on the official Fortnite twitter today, we see what appears to be an armored knight or warrior of sorts with red or fiery eyes.

As you can see, alongside the image is a caption that says, “Ruin is coming…”

What could this mean, though? Well, Epic Games has been testing the ability to allow players from around the world, in different matches at different times, to inflict damage to a singular thing. So far, players have only really done this to an iceberg and excavation rocks, but perhaps, the first character players must band together to fight could be coming soon.

Perhaps Ruin, whatever that could mean in the context of this tweet, is that character.

Only time will tell, though.

Crafty Twitter users have already adjusted the levels of the image to reveal what is definitely a sinister and dark enemy-looking character. Check out this image from FortTory below:

I played with he picture and got this….
WHAT THE HELL IS THIS pic.twitter.com/DOjAQ0kNQ0

Who this is or what it could be (FortTory has already pointed out on Twitter that they believe it to be a skin) is unknown at this time, but keep it locked to Twinfinite where we’ll let you know when we find out.

For more information about Fortnite Battle Royale Season 8, be sure to check out our Season 8 Guide Wiki. There, we have tips, tricks, walkthroughs and more to help you secure that sweet Victory Royale.