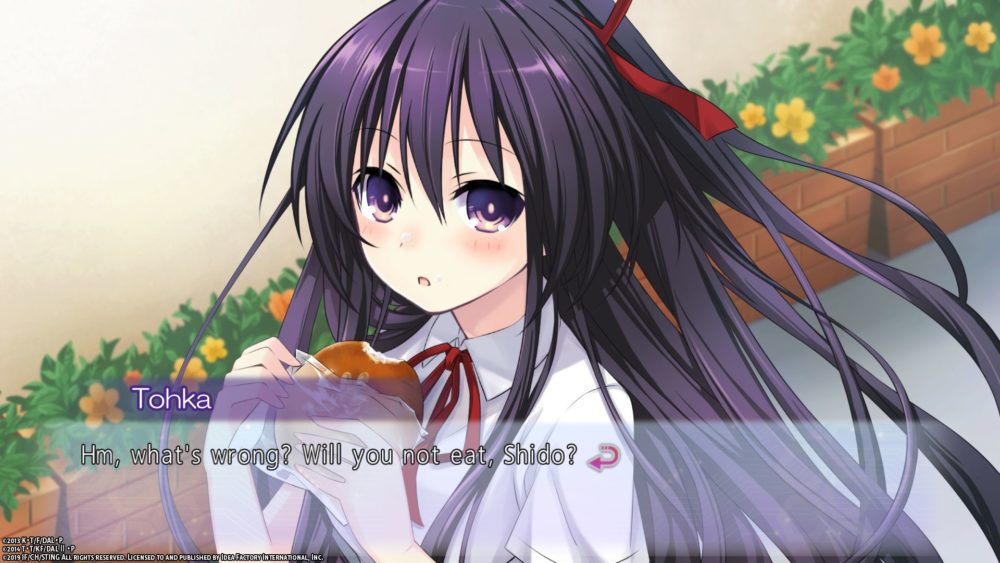 The trailer introduces part of the cast for the game, including Tohka Yatogami, Yoshino, Kurumi Tokisaki, Kotori Itsuka, Origami Tobiichi, and Rinne Sonogami.

On top of them, we get an introduction to Tohka Yatogami, including plenty of localized screenshots.

“Also known as Princess. Tohka is the first Spirit that Shido encounters and saves. Bright and formal, she is innocent and carries a strong moral code. By Ratatoskr’s arrangement, she is now Shido’s classmate. She has a mean appetite. In particular, she’s weak to kinako bread and Shido’s handmade food. It seems that she hopelessly adores Shido. The angel she manifests is Sandalphon.”

Date a Live: Rio Reincarnation was announced for the west just a few days ago, and will launch both on PS4 and PC in June 2019. The PS4 version will be both physical and digital, but will include two images that have been altered from the Japanese original.

The PC version won’t be censored, but of course, it’ll be only digital on Steam.

You can check out both the trailer and the new batch of screenshots below.