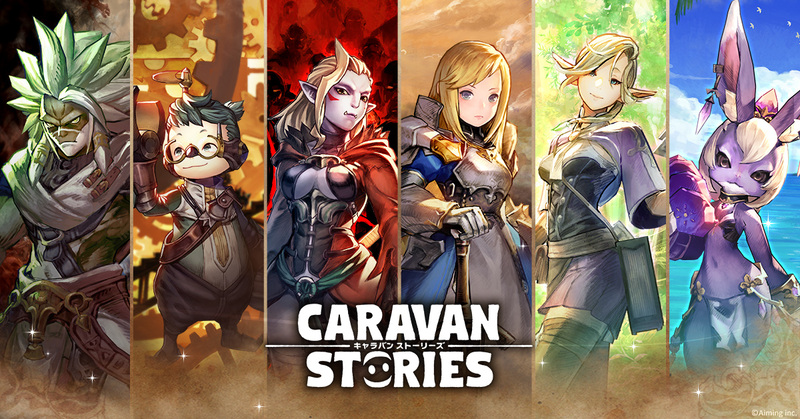 The game, which was originally launched for smartphones in 2017 and then on PC in 2018ò. It has since reached two million users worldwide, which is a pretty respectable number.

Six races are playable, human, orc, dwarf, elf, gessy, and lizardman. We also get the first trailer, gameplay videos focusing on raids, duels, and skills, and on each playable race (minus the lizardman which will come later).

On top of that, we also get to see the first screenshots, which you can check out at the bottom of the post alongside the trailer and videos.

The launch window is spring 2019 in Japan, and the game will retain its free-to-play nature with additional purchase. At the moment, western release of the PS4 version of Caravan Stories has not been announced. We’ll have to wait and see if that happens down the line, now that the game is coming to Sony’s console, which might have more appeal in North America and Europe.

It’s also worth mentioning that data will be separate from the PC and smartphone versions, so players will have to start over on PS4.