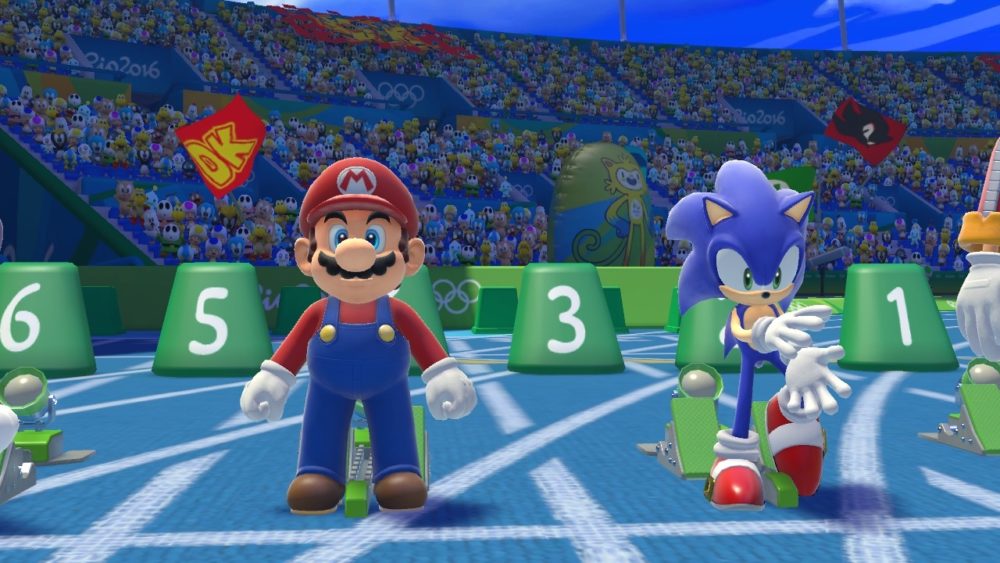 Sega Fes 2019 started off with a bang, as Sega Games CEO Haruki Satomi unveiled a slew of Olympic-centric video games were in the works at the company. In celebration of the upcoming event, Sega is releasing Mario & Sonic at the Tokyo 2020 Olympic Games and Tokyo 2020 Olympics The Official Video Game in the near future.

Satomi introduced the video after bringing the official mascot of the 2020 Olympics, Miraitowa, on stage. After a brief presentation – featuring a former Japanese Olympian – at the start of the video, gameplay was displayed for each title.

Mario & Sonic at the Tokyo 2020 Olympic Games featured just as many beloved mascots as previous titles, with the added benefit of new and old mini-games alike. Examples of those mini-games include Tennis and the long jump, each with their own unique flair added in based on specific characters.

The Tokyo 2020 Olympics The Official Video Game featured varied gameplay as well. From swimming to shot put to even full field games of Soccer, the video game version of the event is packed to the brim with seemingly every Summer Olympic event possible.

Alongside this news, it was also revealed that a mobile game, titled Sonic at the Olympic Games, and an arcade title are also in the works for 2020. As for the release dates of the other two titles, Mario & Sonic Tokyo 2020 Olympic Games is headed for Switch in Winter 2019, while the Tokyo 2020 Olympics The Official Video Game will arrive on PS4 and Switch Summer 2019.

For more news on the games, as well as other Sega Fes 2019 news, be sure to check back to Twinfinite through the rest of the event. And don’t forget to check out the official trailer as well, posted above.