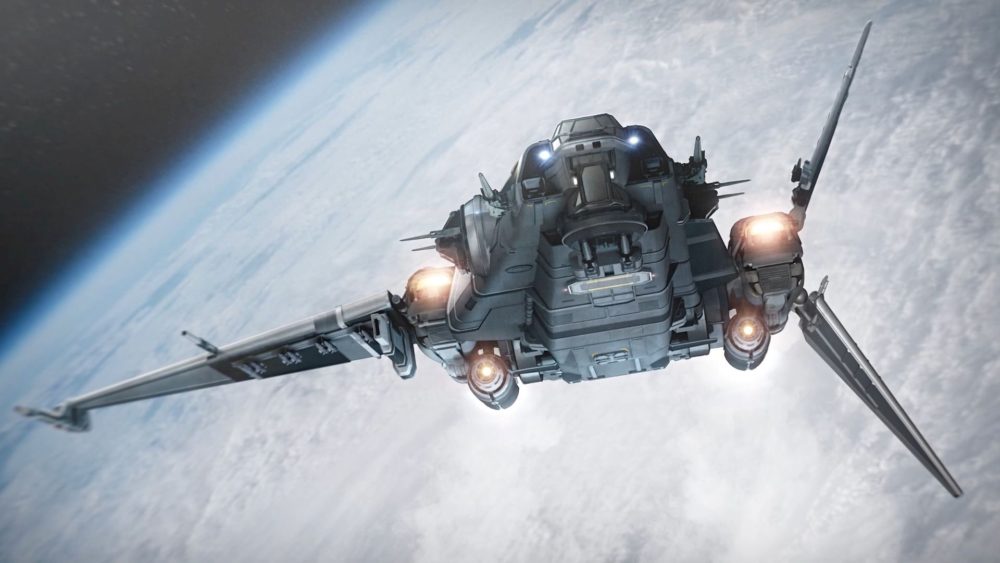 First and foremost, we get to see a brand new ship that will join the growing lineup of spacecraft available in the game. The Drake Corsair is a multi-crew exploration ship designed to compete with one of Star Citizen’s oldest and most popular ships, the RSI Constellation.

It sports a rear-loading cargo hold that can carry a rover and a sleek asymmetric design. Did I mention lots of guns? It’s a Drake ship, after all.

On top of that, since the upcoming alpha 3.5 version is speeding towards its release at the end of the month, we get to see more of the new planet ArcCorp, and more precisely of its landing zone Area 18. The developers provide a look at the magic of lighting that provides an additional dimension to the environment, and at the food stands that will make it look more lively and “lived-in.”

You can check out the video below, keeping in mind for the sake of full disclosure that the author of this post contributed in small part to the funding of the game as a Kickstarter backer.

If you want to see more of Star Citizen (which is coming exclusively to PC) you can also take another look at Area 18 and a new mission giver who will appear in alpha 3.5. The developer also recently released a batch of tutorials which are perfect to see what the game is all about.