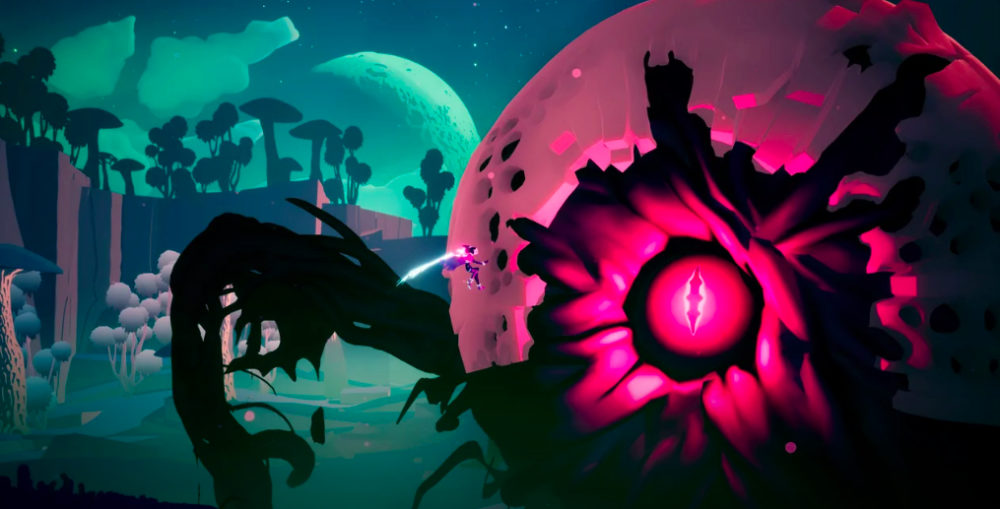 Heart Machine and Annapurna Interactive have announced the next game to come from the creators of 2016’s Hyper Light Drifter, titled, Solar Ash Kingdom.

Revealed via an IGN exclusive, Solar Ash Kingdom will be coming to the Epic Games Store on PC. The trailer, which you can watch down below, doesn’t specify whether or not the game will be exclusive to that specific store.

We don’t get to see too much gameplay footage down below, but we can surmise that the cel-shaded art-style and the pink and purple hues definitely look similar to Hyper Light Drifter.

Alx Preston from Heart Machine spoke to IGN a bit about what to expect from their next game and also thanks fans for “bearing with” the studio:

“We strive to tell a beautiful story through our world, the atmosphere, our characters, and even our gameplay – each aspect of our games are painstakingly considered – which requires a large investment of time. Thanks for bearing with us and our relative silence; we’re so excited to start opening up about the game and the process behind it on our devlog and beyond.

It’s been difficult to hold our tongues on such an exciting creation after this long, but it’s been worth it to make sure we put out our best for our audience to see just how far we’ve come from our days of pixel art.”

Check out the trailer for Solar Ash Kingdom right here: