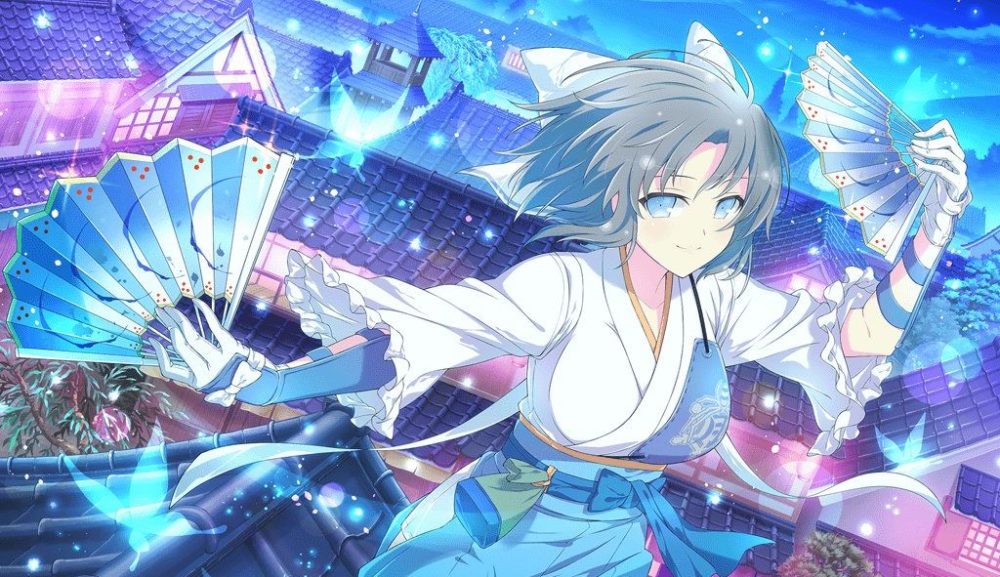 If you want the most pricey testimony of your undying love for Senran Kagura’s beloved waifu Yumi, you may be in luck.

Azone International made its latest “Hybrid Active Figure” portraying the cool leader of the Gessen Girls’ Academy available for pre-order at several Japanese retailers (for example, you fan find it at AmiAmi), and it’s a rather special one.

The Hybrid Active Figure series isn’t exactly your usual line of action figures, as they are more akin to fashion dolls, a rather obscure (at least in the west) and definitely high-end hobby for otaku in Japan. They come in large scale (usually 1/3, like in this case), and their clothes are made with real cloth and crafted with great tailoring expertise. They also normally cost just as much as real human-sized outfits.

This 50 cm-tall doll comes with a price tag that might make your usual figure collector pale. Pre-orders are priced at 48,600 yen, which is just short of $440. It’s worth mentioning that this is definitely not unusual for this kind of product. It will be released in June

The set includes the main body of the doll (of the “Obitsu Body” variety), a soft vinyl head, a wig, a Gessen Girls’ Academy ninja corset costume set, boots, and two folding fans. The body is sculpted by Hisatake Kiyama, while the head is by Chizuru.

This specific (and quite lovely) costume appeared lately in the mobile game Shinobi Master Senran Kagura: New Link, as you can see in the picture above.

You can check out a few pictures below. If you’d rather have a Yumi figure that won’t force you to eat cup noodles for the rest of the month, you may want to take a look at the one revealed recently from Senran Kagura: Peach Beach Splash.