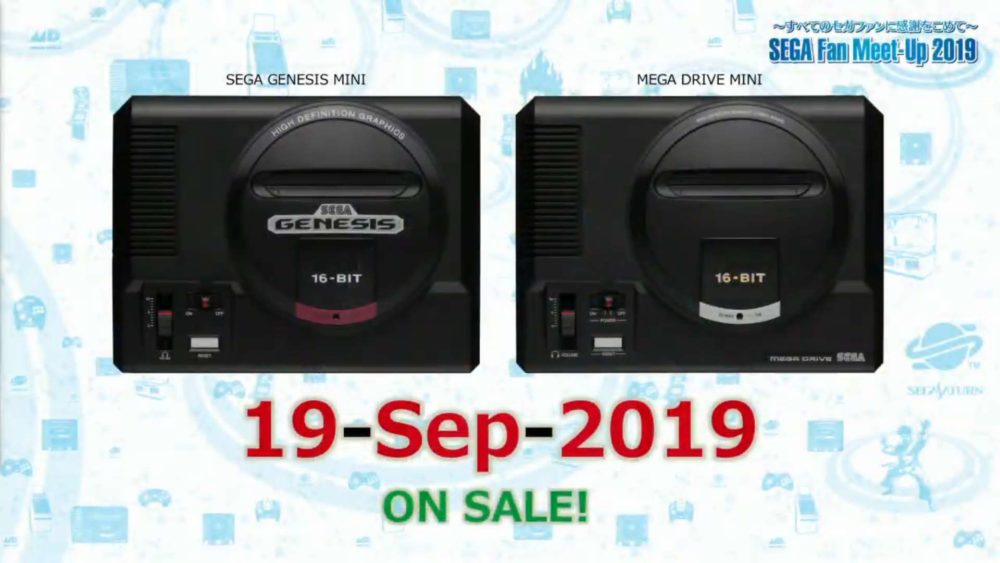 Sega has thrown their hat into the mini retro console ring, officially announcing that the Sega Genesis Mini for North America and confirming the Mega Drive Mini will be available later this year.

Revealed at the Sega Fan Festival 2019, the mini console comes with all of the upgrades and amenities one would expect following Nintendo and Sony’s iterations of their own consoles.

Boasting HD support alongside HDMI and USB adapter ports, the console will come pre-stocked with 40 classic titles from the Genesis catalogue.

These include Sonic 2, GunStar Heroes, Puyo Puyo 2 and several other revered games.

It will come in two versions: One with one controller and another with two controllers, with the price varying based on the version.

The mini console is set for release worldwide on Sept. 19, though a western pricing is currently unavailable.

In the meantime, Sega fans can tide themselves over with the mini console’s teaser trailers.

The Genesis Mini’s announcement is big enough news on its own – after all there are still plenty of Sega faithfuls out there in the world – but it’s only one of many announcements to come out of the event.

For all the latest news and info, stay tuned to Twinfinite.net. Likewise, if you want to watch the lifestream in its entirety, you can view it here.